I limited my time in Bali for two reasons.  First, I had heard from multiple people that the Gilis are much nicer than Bali so I decided to maximize my time on those islands.  More importantly, there was a massive outbreak of Dengue fever in Bali and I had run into multiple people who got it.  Getting Dengue while travelling with a group would be bad but getting it while travelling alone would have been brutal.  From what I’m told you essentially lose all appetite and energy for a full week and have to go to the hospital daily to get your blood platelets tested.  If you’re travelling with someone they can help keep you fed and hydrated, but traveling alone I would have likely had to be hospitalized. As such, I limited my time in Bali to a total of three nights, mostly to facilitate flights, and doused myself with insect repellent.

In terms of Bali, it was generally pleasant, but I would have to agree that the Gilis are better.  For one, while there are kilometres of great beaches in Bali, unless you are staying at a pricey hotel right by the water, the main street along the water is fully developed on both sides meaning that you can’t even see the ocean from the street.  Second, the main road is really busy, and all of the hotels and restaurants are far more expensive than the accommodation and food on the islands.  That being said, one can’t really complain too much, the area really is quite nice: 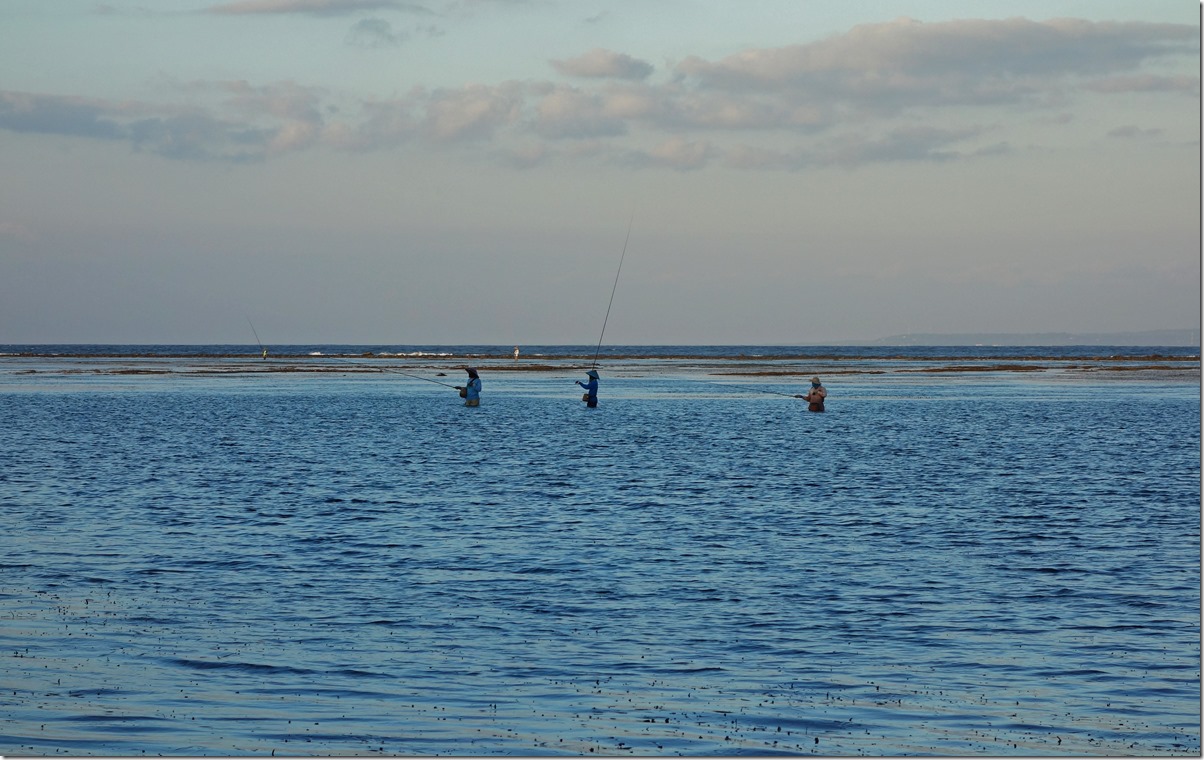 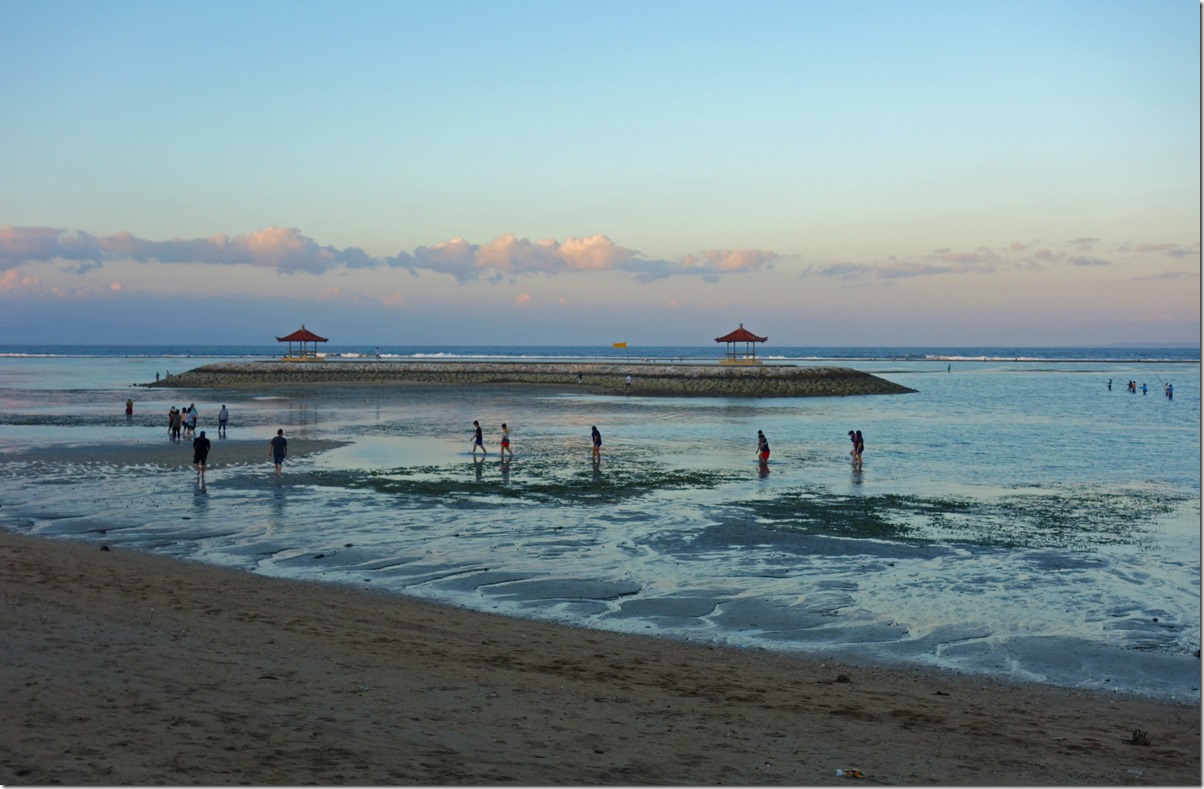 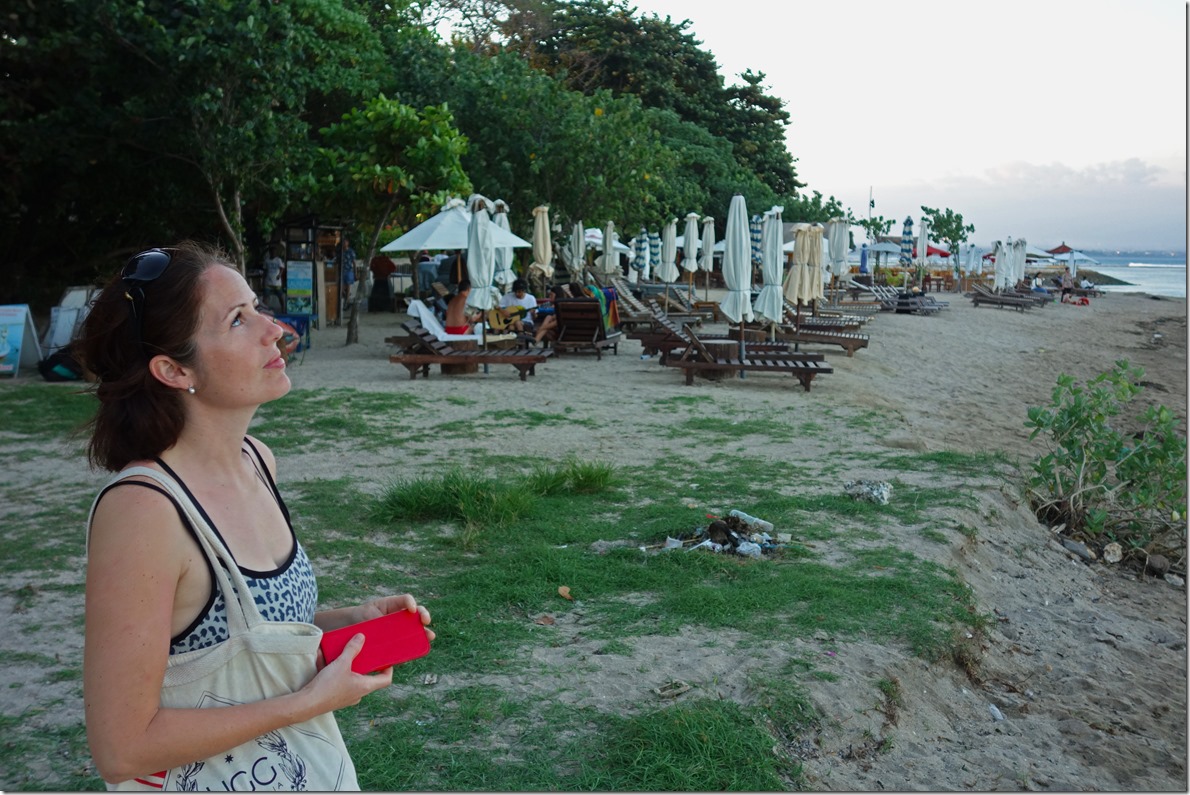 For our second day in Bali we hired a car to drive us to Ubud, Mount Batur Volcano, a waterfall and to a coffee plantation.  Considering it cost $50 USD to take us around from 9:00 am to 5:00 pm, it was quite a good deal—though it would have been outside my budget had I not been travelling with Emma.  Two shots of Ubud: 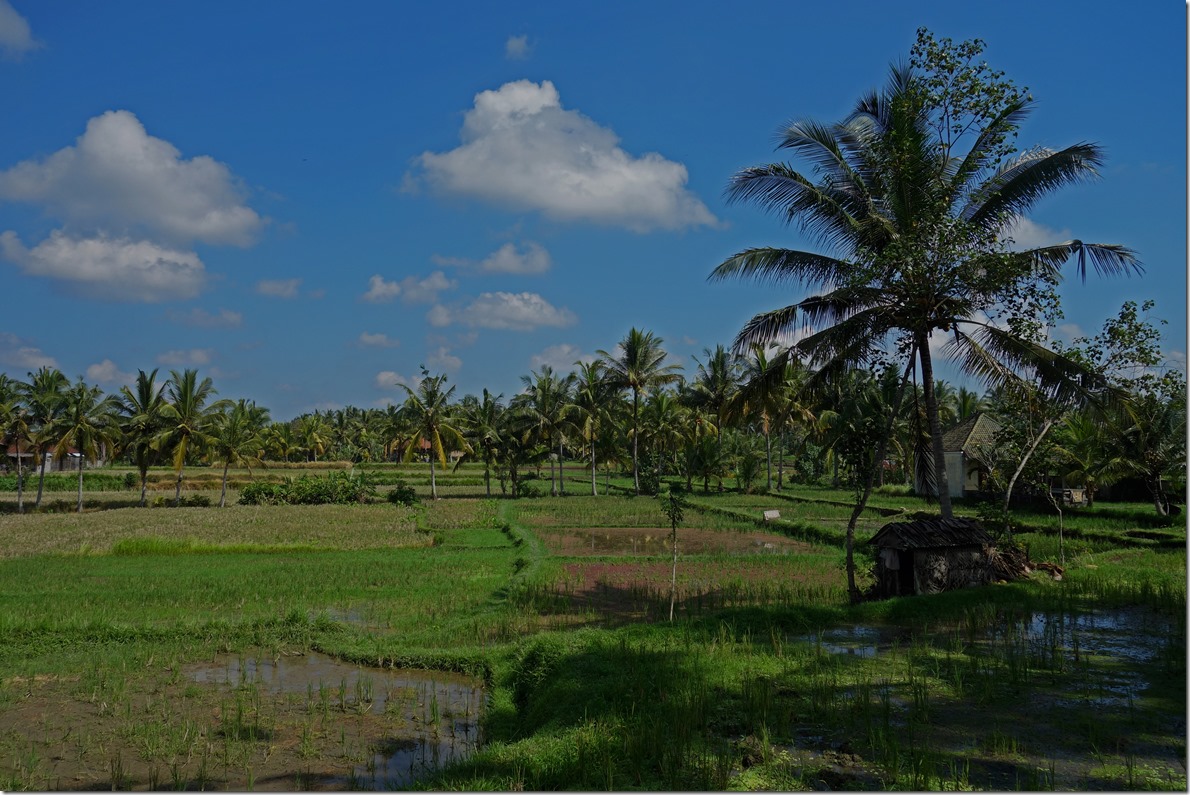 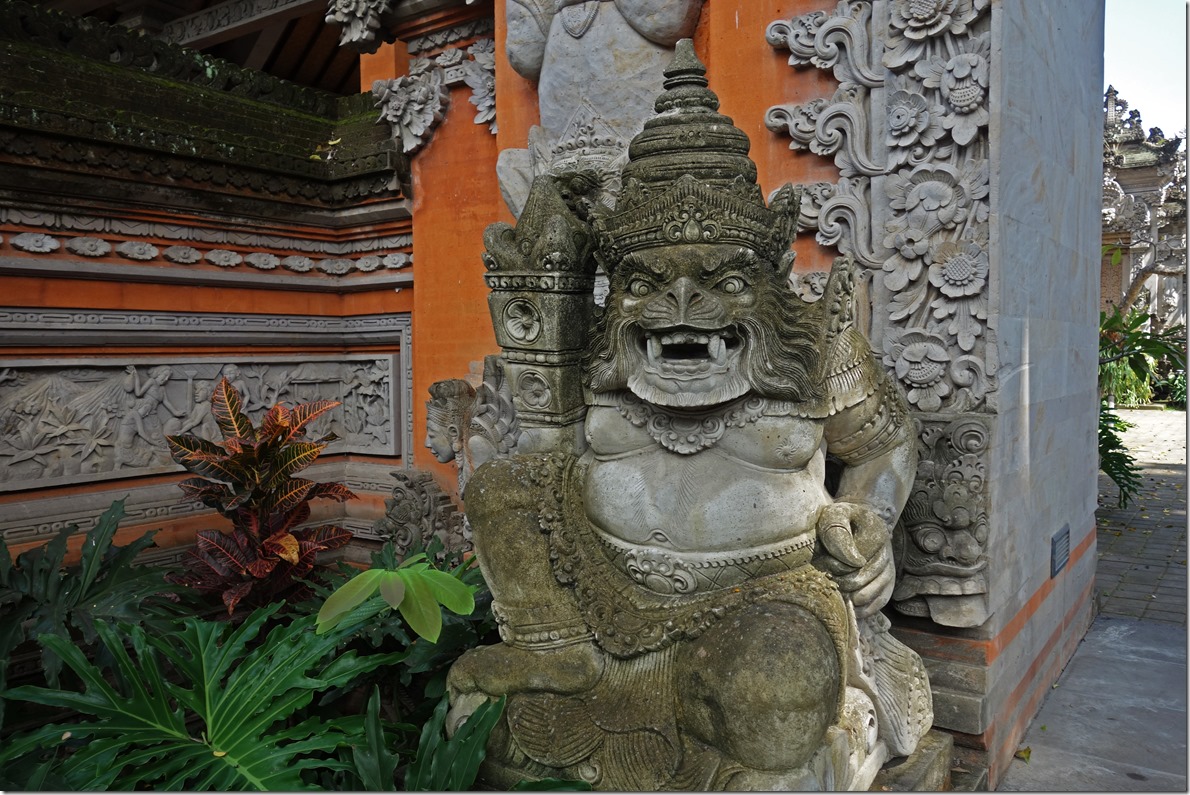 Some shots from the area near the volcano: 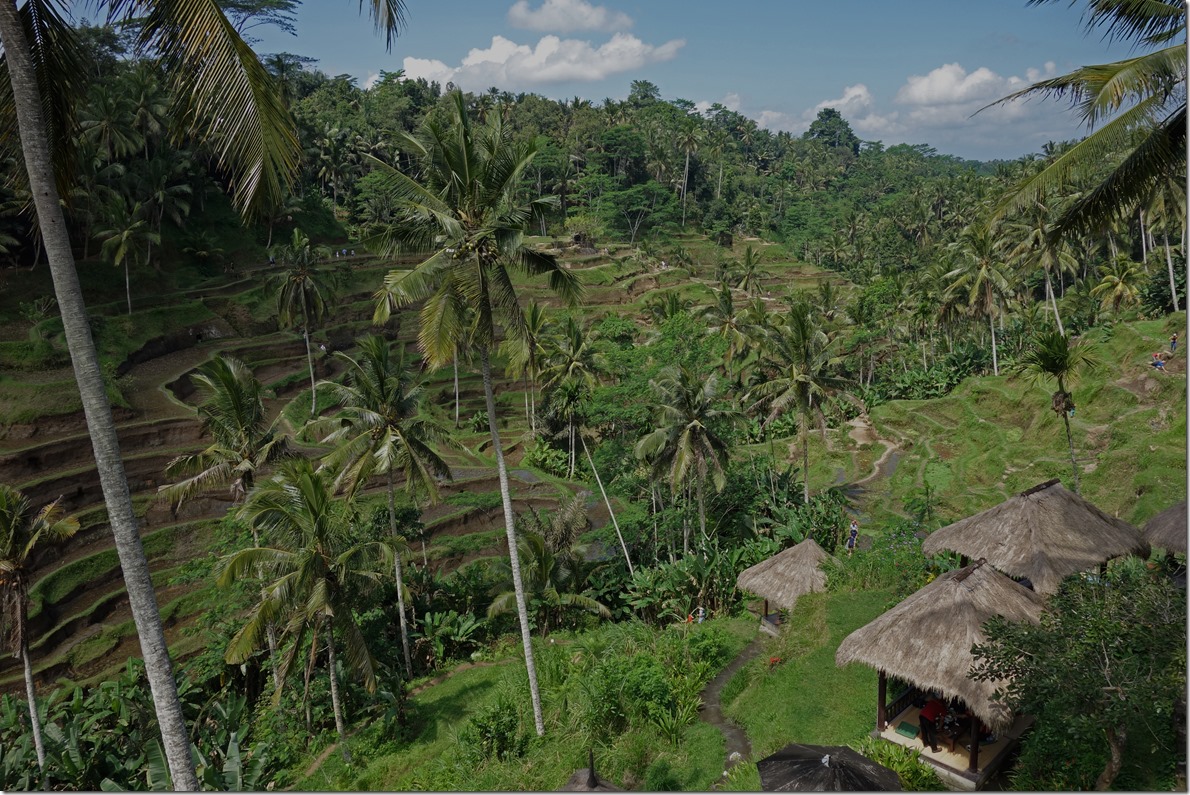 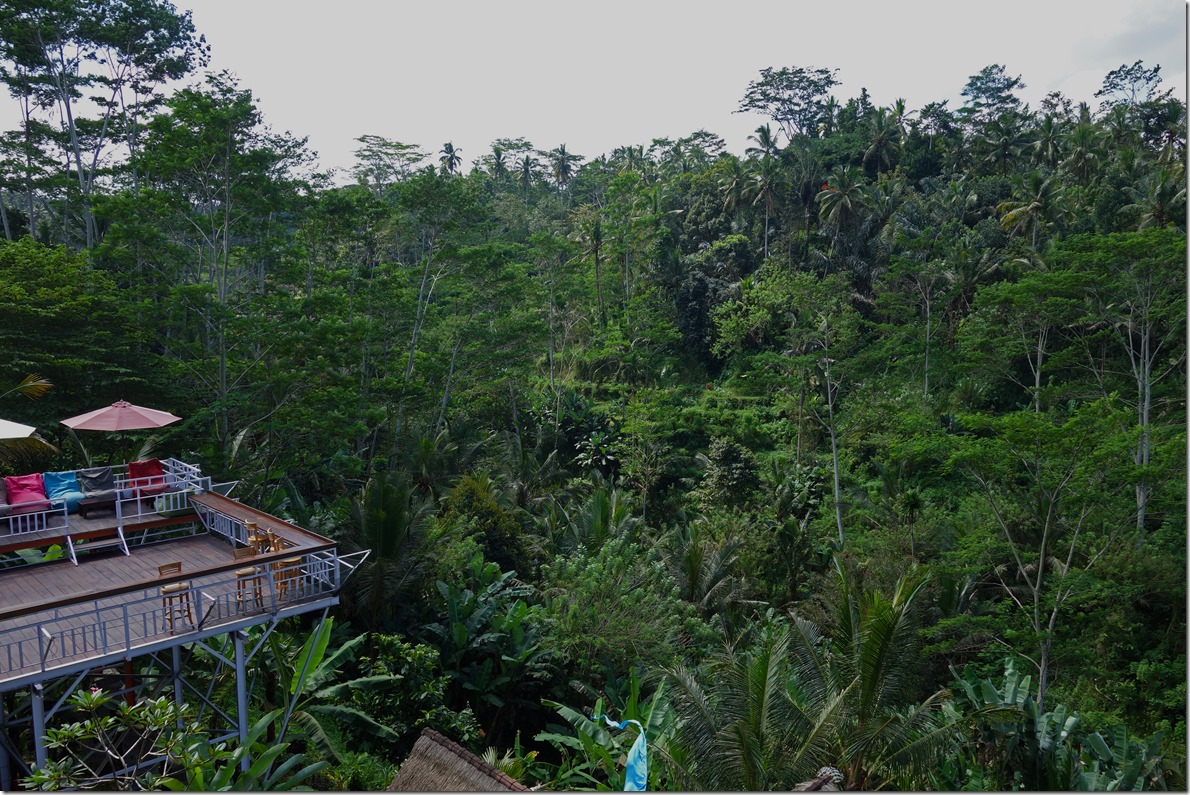 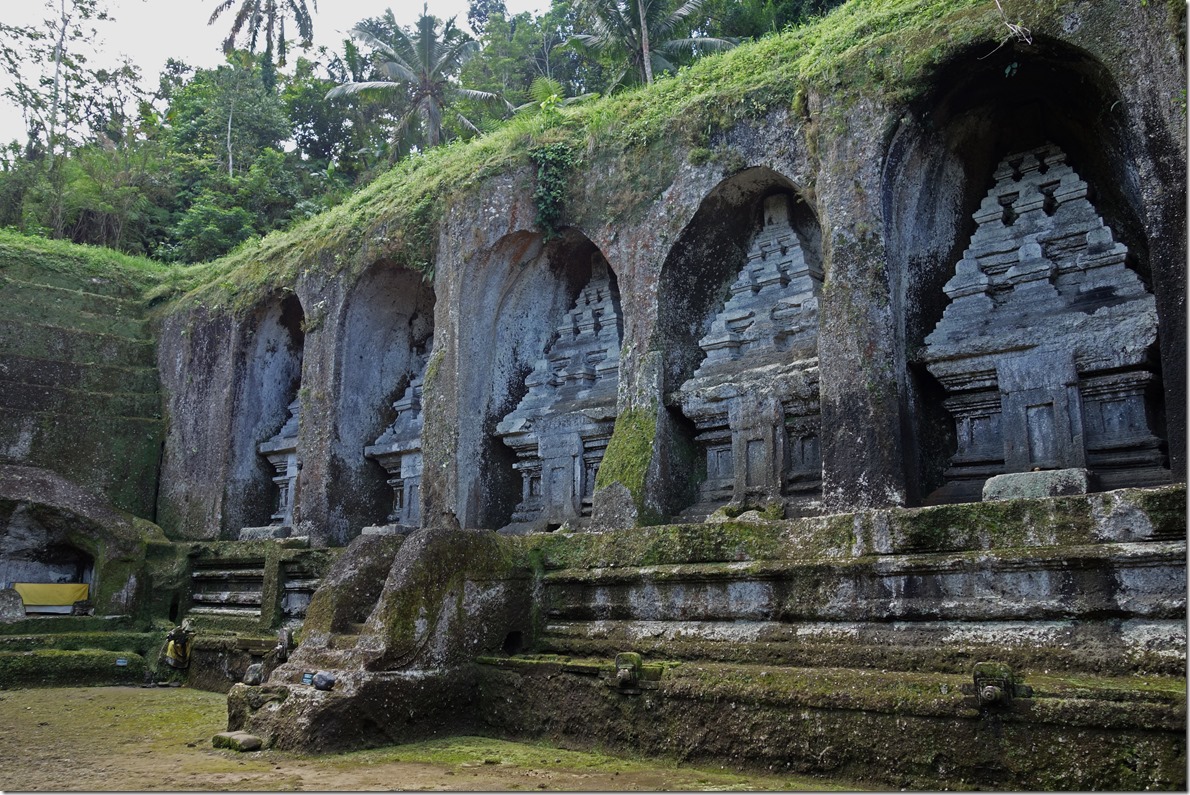 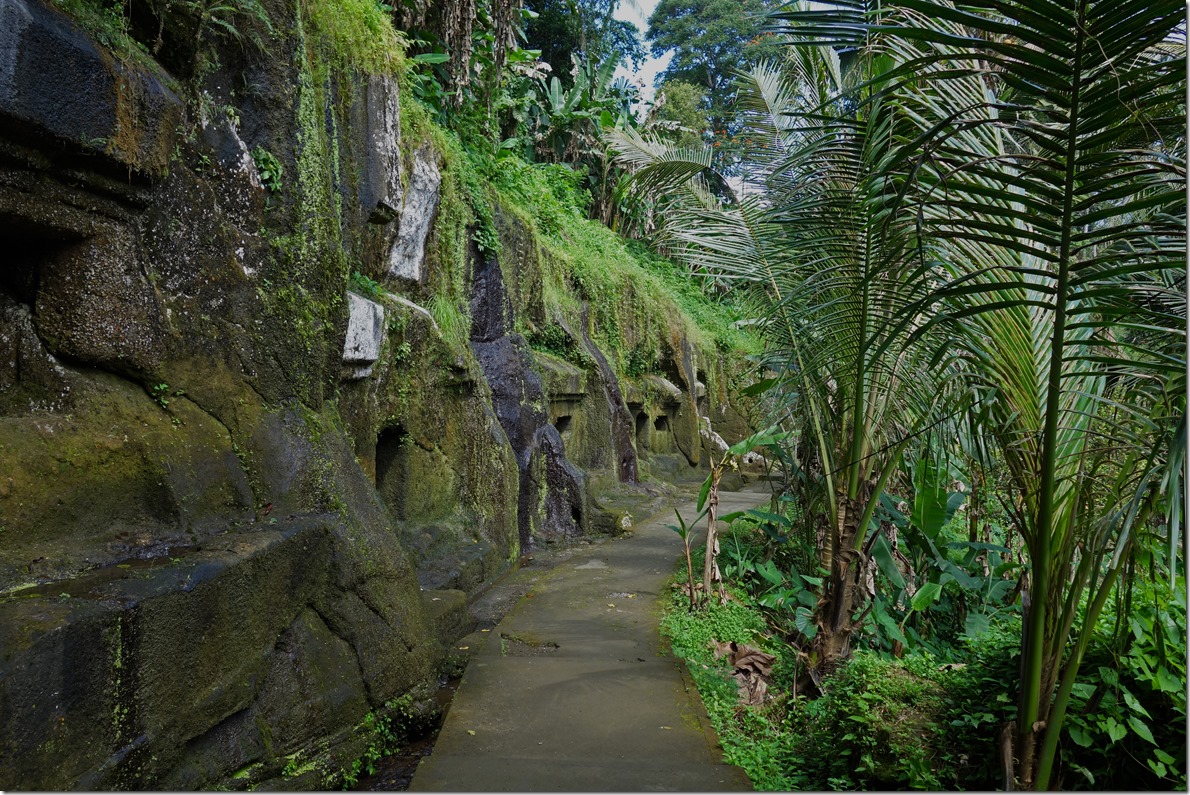 Our last stop was a coffee plantation that had coffee digested by civets, like like coffee that is digested by weasels in Vietnam.  Overall, while the process in Indonesia appears to be more humane (they claim to allow the civets to roam free around the plantation), I found the weasel coffee in Vietnam to be significantly better.

I’ll leave you with a shot of my final dinner in Indonesia with Emma: 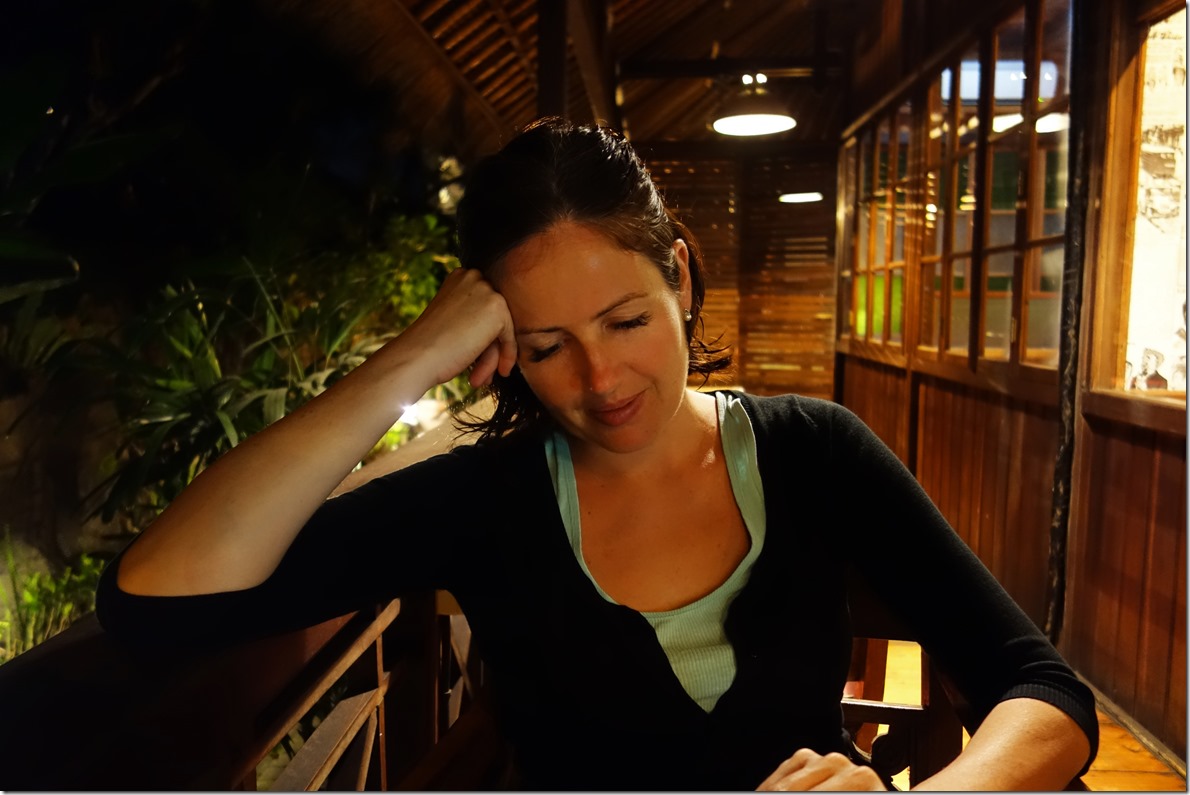