As you’ve surely gathered by now, I like to book the better part of a week in a beach town in every country just to rest a bit and not have to pack every 2-3 days for a change.  My beach choice for Vietnam was Nha Trang.  Ultimately, I had a great time there, but it wouldn’t be my first choice for a beach destination.  The town itself is fine, but herein lies the problem, it’s not really a town, definitely a city.  What I didn’t realize when booking is that Nha Trang is a city 400K strong, known to have one of the best urban beaches in the world.  On the one hand, being in a relatively large city means that there are lots of options for good accommodation and excellent food.  Downside is that you are in the middle of a hectic city when you’re at the beach, a problem that manifests itself when you’re trying to find a quiet spot to relax.  Much of the main beach strip is right next to a noisy four lane road.  If you walk south, it does get a lot quieter but then you run into the second problem.  Namely, the beach in Nha Trang is littered with fancy hotels and pricey restaurants, so it will cost you a chunk of cash to rent a lounger for the day and have some drinks.  The water at that spot is also flanked by some significant fisheries and ports, so it’s probably not the cleanest.  However, if you rent a scooter, you can head south for about 30 minutes to go to Bai Dai beach which is quiet and has plenty of cheap establishments.  You can also take a public bus down there for negligible fare.

In any event, I wasn’t altogether thrilled with the beach scene so it is very lucky that when I was sitting at a beachside bar on my first evening in town, I mentioned that I had decided against taking scuba diving lessons in Vietnam because they were slightly cheaper in Cambodia.  The bartender then introduced me to a super nice scuba instructor by the name of Binh Diep.  He has been scuba diving for 20 years on top of his experience skin diving as a kid, and the pricing for his school is super competitive.  They cut back on the price by not making you purchase the Scuba Schools International materials, they just lend them to you and make them available online.  I got gold level service. He’s licensed to teach 5 students at a time, but he prefers one-on-one, or max three students.  For $200 USD  I got three days of one-on-one instruction, including gear and lunch.  The open water certification takes three full days, two diving, one in a pool learning the safety stuff.  You also have to do a written test at the end and the materials are relatively dense for the time-frame involved which meant that I pretty much spent from 8:00 am to 8:00 pm either doing the training or studying the materials for those days.

After booking the diving course, I headed off to dinner at a recommended beer hoi place, Nghia BH.  Unlike in Saigon, they were happy to have me as a solo customer.  I’d recommend the food, cheap and tasty:

After dinner, I ended up at a bar by the name of Crazy Kim: 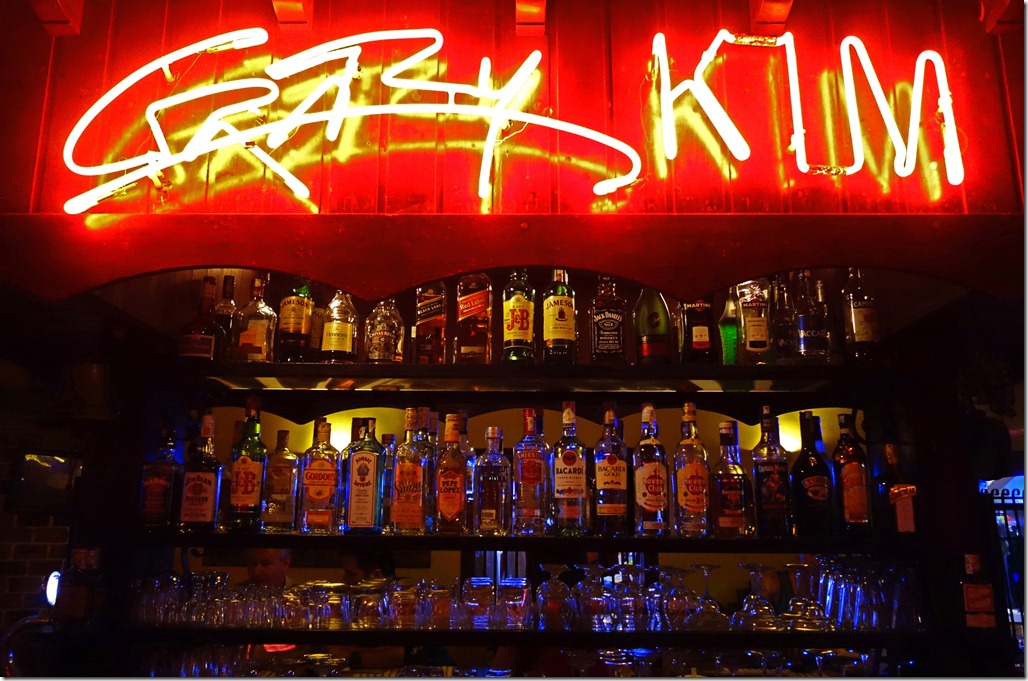 At the bar I meet an interesting Russian girl by the name of Nina and her mother.  This is the first time that I’ve chatted up a woman in front of her mother.  In hindsight, sounds awkward, but strangely did not feel as such at the time.  We ended up walking down to the beach after the bar closed, where I took some nights shots:

After that, Nina and her mother went back to their hotel.  I was a bit hungry so I went looking for an open food stall.  I found a great little noodle shop and met some new people along the way: 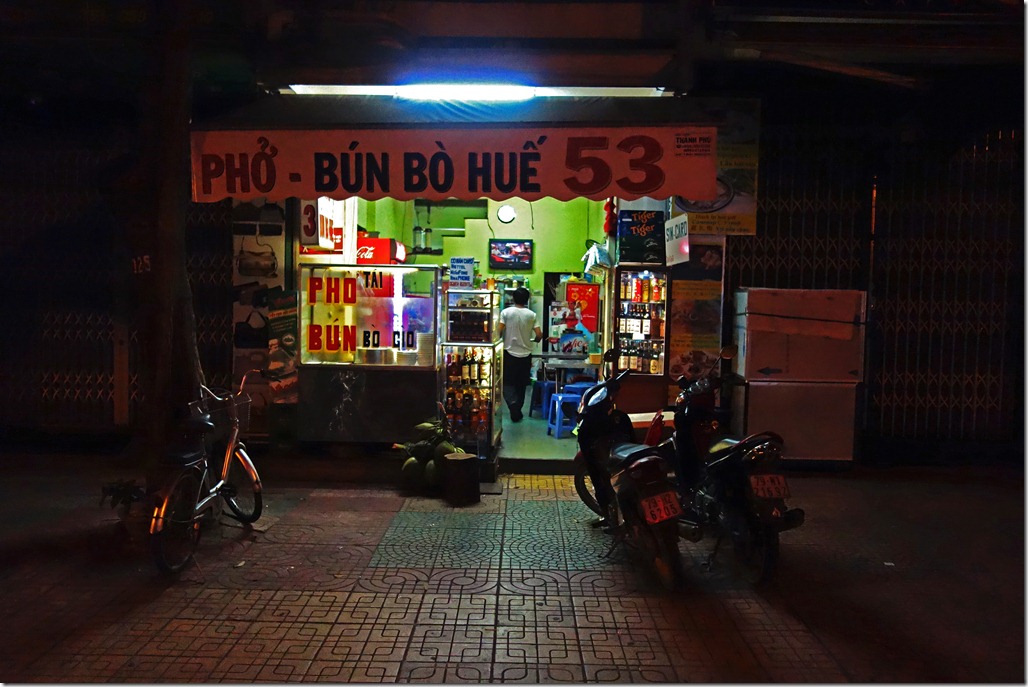 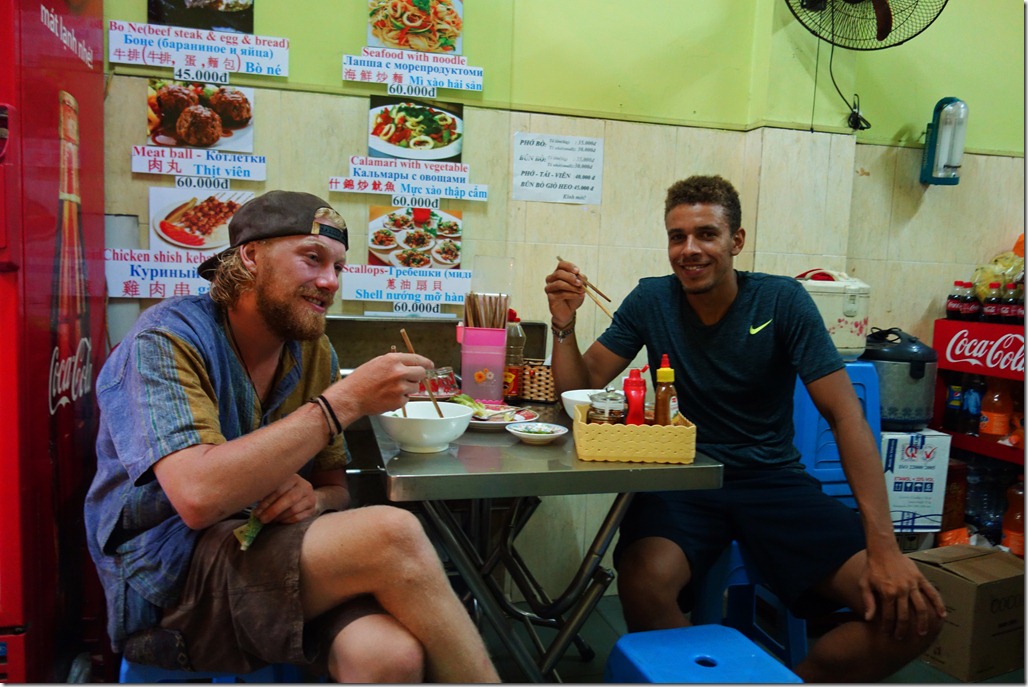 I spent most of the following morning working on travel arrangements in my room.  In the afternoon I ventured out to the beach for a few hours of reading:

At night, I went to a restaurant near my hotel for dinner by the name of Lanterns where I fortuitously ran into a couple that I had met in Dalat during my tour.  We had a tasty dinner together just before they had to catch a train out of town.  Laterns offers an excellent set menu, but you will want to reserve if you are planning to eat after 7:30 pm, place gets packed fast.

After dinner I went back to Crazy Kim’s to meet up with Nina for a final drink prior to her departure the following morning. As a side note, this is one example of the ridiculous containers that they serve drinks in at Crazy Kim’s: 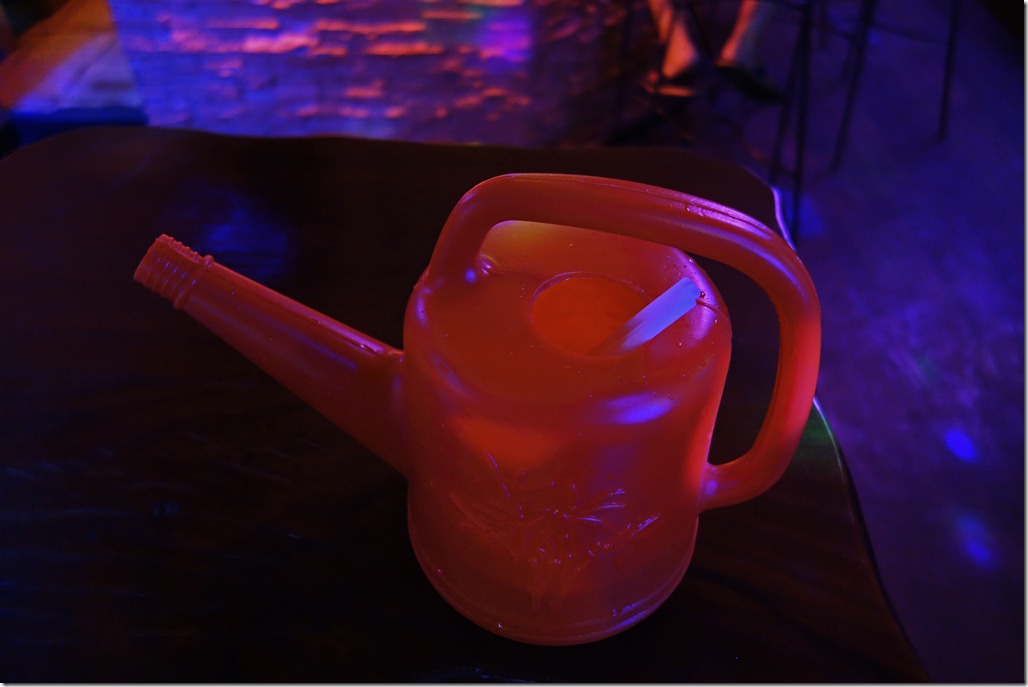 As per Nina’s suggestion, we checked out a relaxing roof-top bar a short walk from Kim’s: 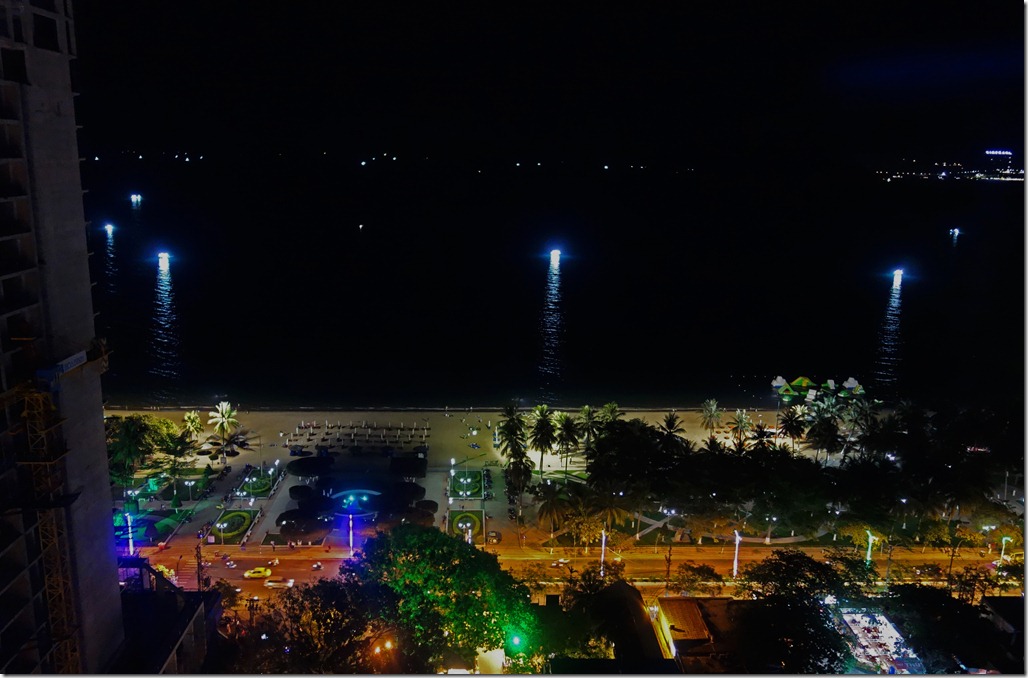 I spent the following three days doing the scuba course so I didn’t take too many pictures around Nha Trang, aside from my dinners.

My seafood salad at the Louisiane Brewhouse, they actually have excellent Vietnamese food,  but they are best known for their excellent micro-brews.  I cannot emphasize how much I miss good beer!  Though I can’t complain, Vietnam’s beer is the best I’ve had in Asia during this trip (Japanese beer is better).

My dinner the following night, some amazing fried cakes, with chicken and vegetables in the middle.  This cool little restaurant has a full separate menu consisting of street food.  I didn’t catch the name of the place, but it’s at the corner of Biet Thur and Tran Phu:

I brought my camera out on my second day out in the water.  We went to the same dive site as on the first day. Some shots from the port, the first shot shows the departure point, yup a busy port.  The gondola above goes to an island with an amusement park: 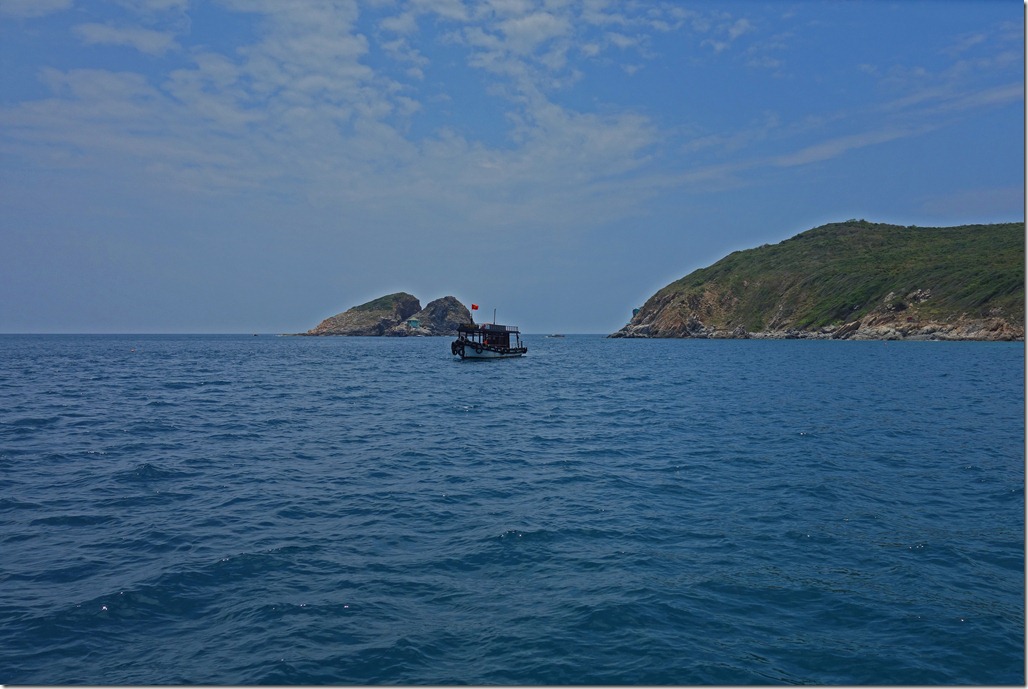 After I was finished with the course, I rented a scooter for my remaining day in town (let me get this out of the way, Vietnamese driving still atrocious here).  I took it south, stopping at a fishing village along the way, and ultimately ending up at the more relaxed Bai Dai beach.  The beach is nowhere near as fancy as the main stretch in Nha Trang, but it’s a lot quieter and the various restaurants near the water are good, mellow and cheap.  None charge you to use a chair as along as you’re buying the occasional drink. 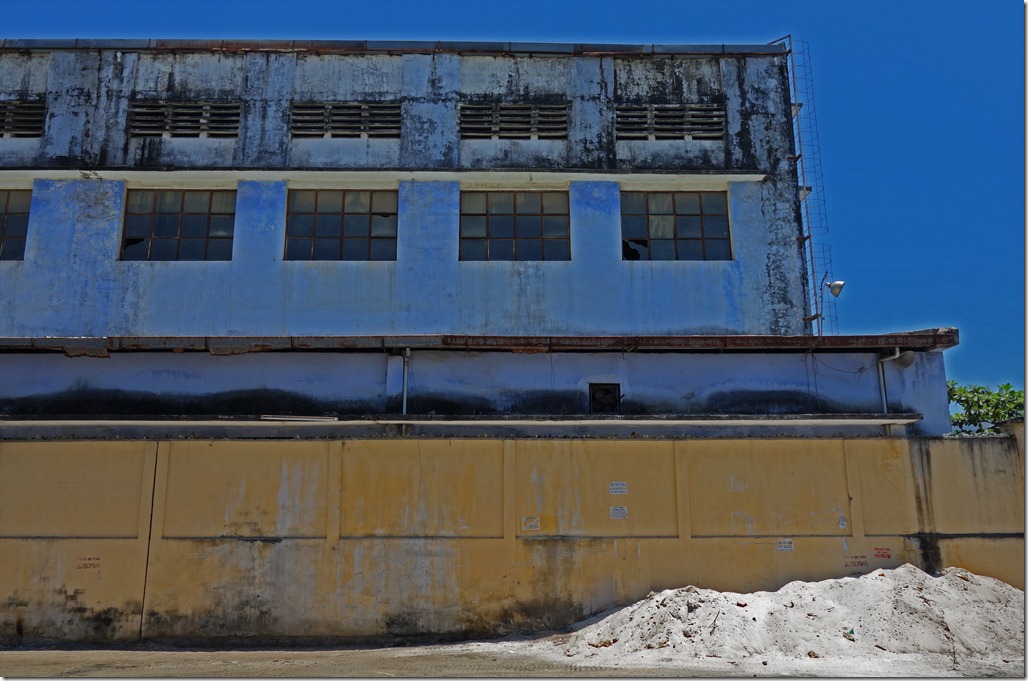 I’ll leave you with some shots that Binh Diep took during my scuba diving course.  I’m really glad that I took the course.  The safety training and precautions are such that, short of being actively sabotaged or blatantly disregarding the safety regulations, it is in reality very difficult for something to go drastically wrong.  The minimum amount of air that you are supposed to have in your tank when you come up is enough for 5-10 minutes which is a huge margin of error on a 20 minute dive.  Moreover, you’re always supposed to be very close to your diving companion which means both of your equipment would need to fail for there to be a problem.  Even then, at my maximum permitted depth of 18 metres it only takes 2 minutes to make it to the surface, and you can shoot up in an emergency without really anticipating too many problems (exhaling as you go up, of course).  Those rules don’t apply below 18 metres and certainly not below 30 metres, but as long as you stay above 18 metres, scuba diving is remarkably safe.

Here are the shots that my scuba instructor took: 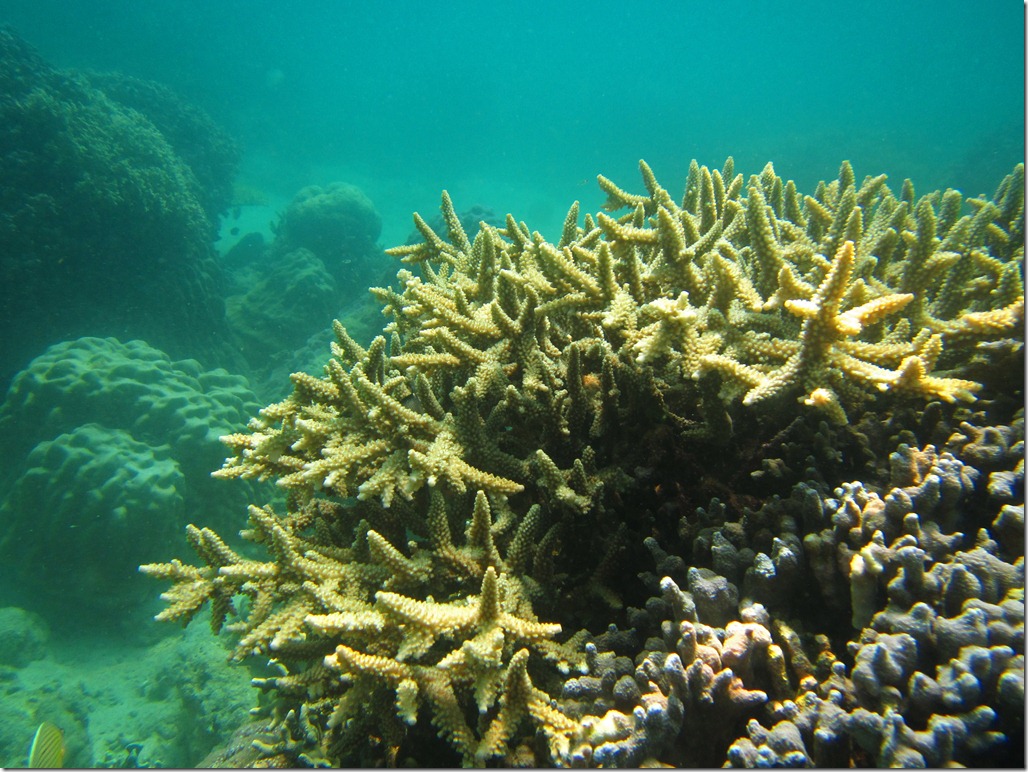 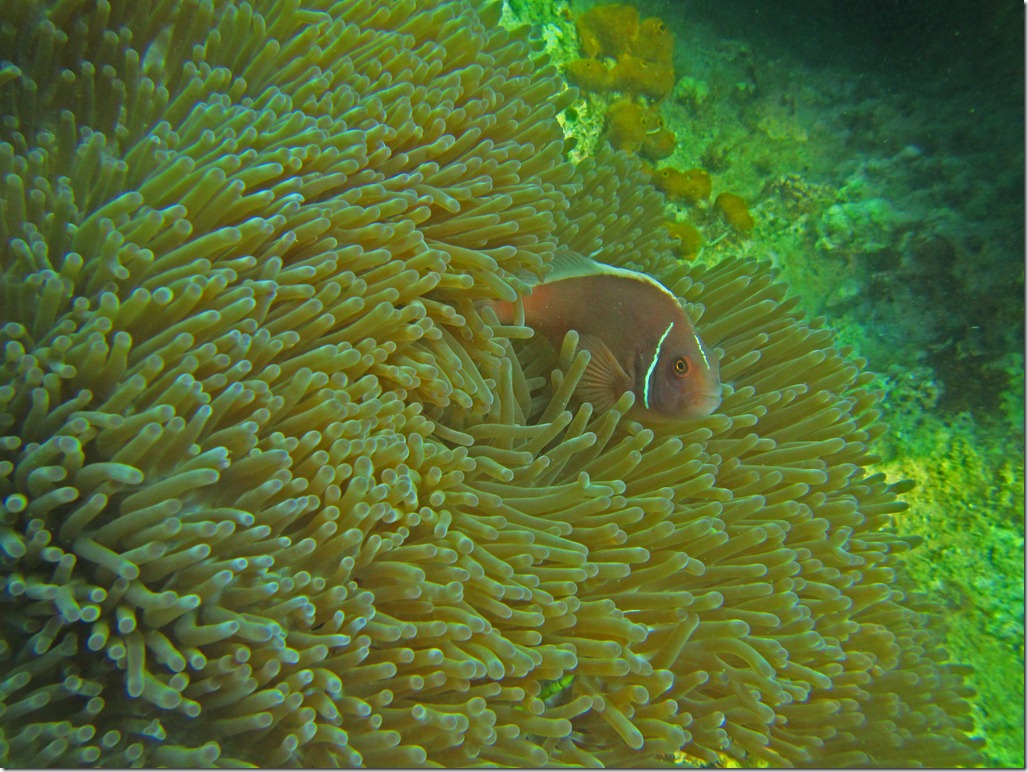 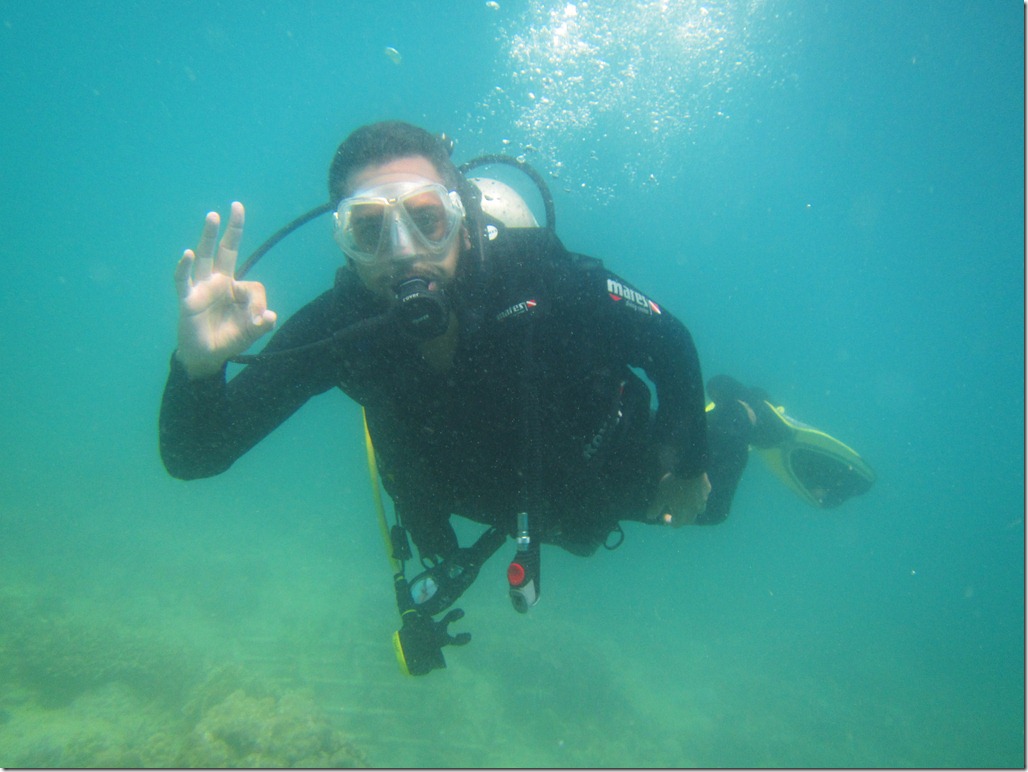 One of the skill sets you need to learn to pass the course is to be able to take your scuba gear on and off underwater so that you can get in and out of your gear if you ever get stuck somewhere.  Easy enough in the pool, much harder in the ocean even under a slight current (no worries Mom, we were only at four metres during that test). 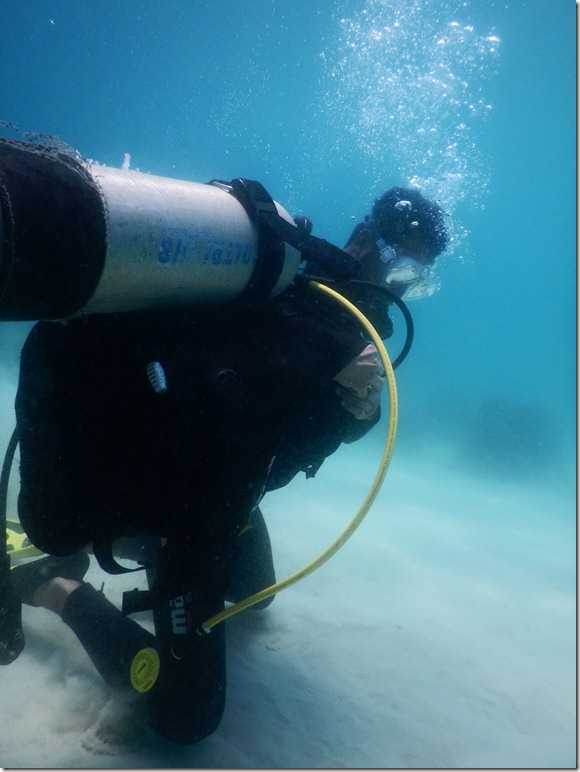 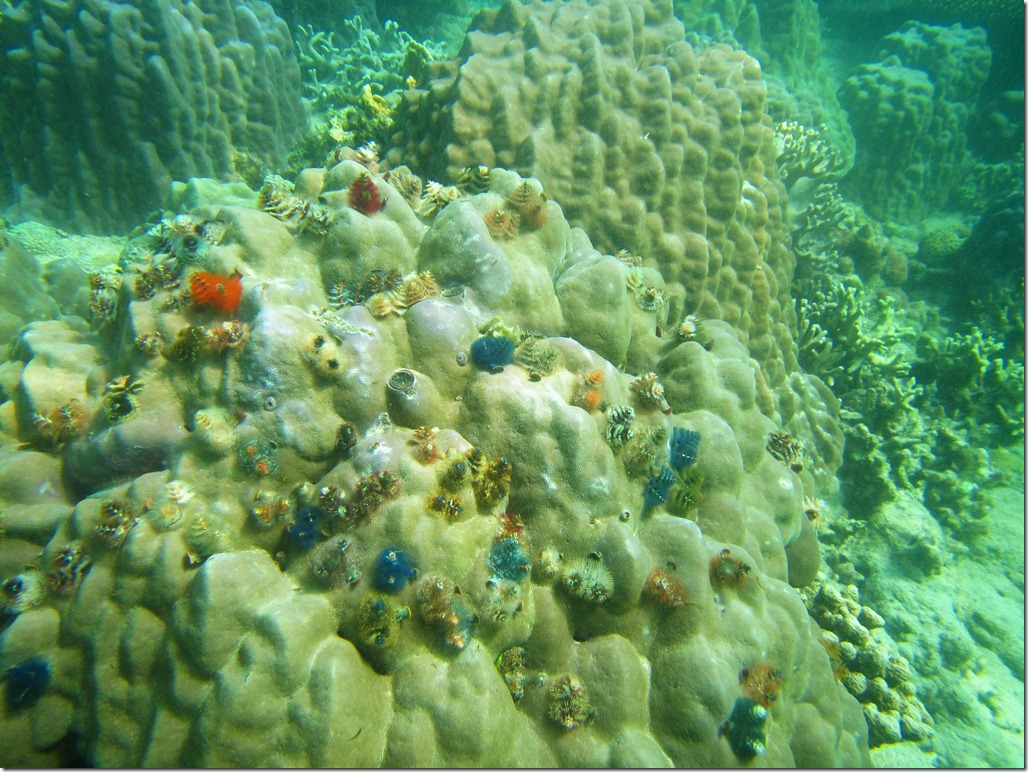 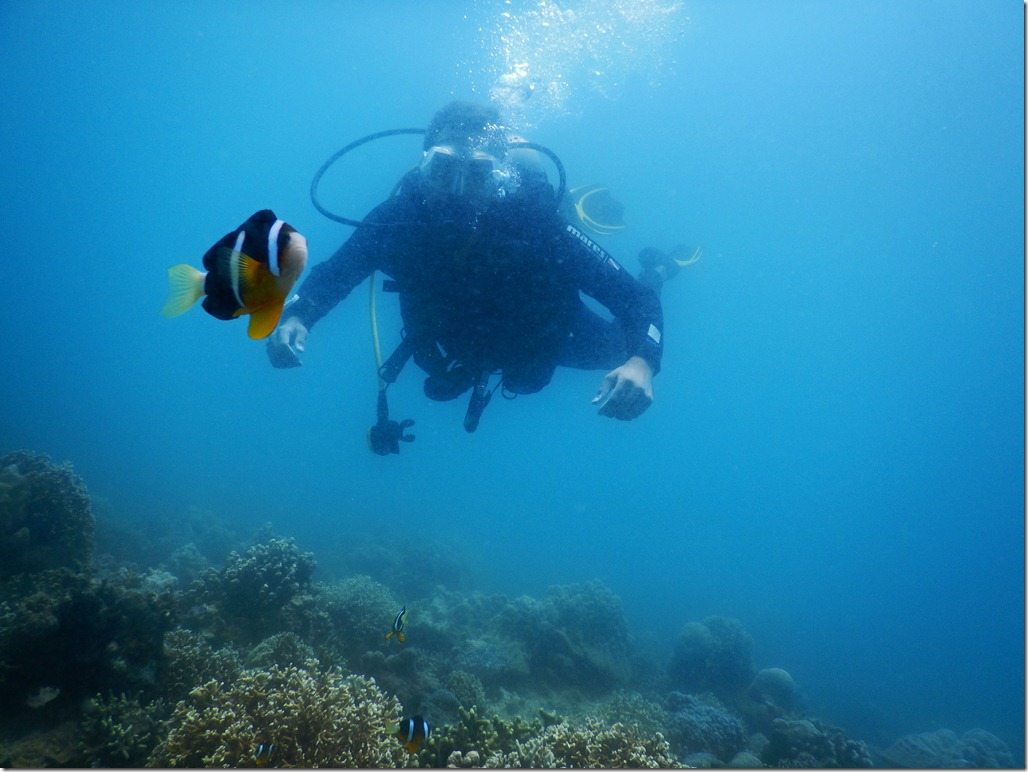 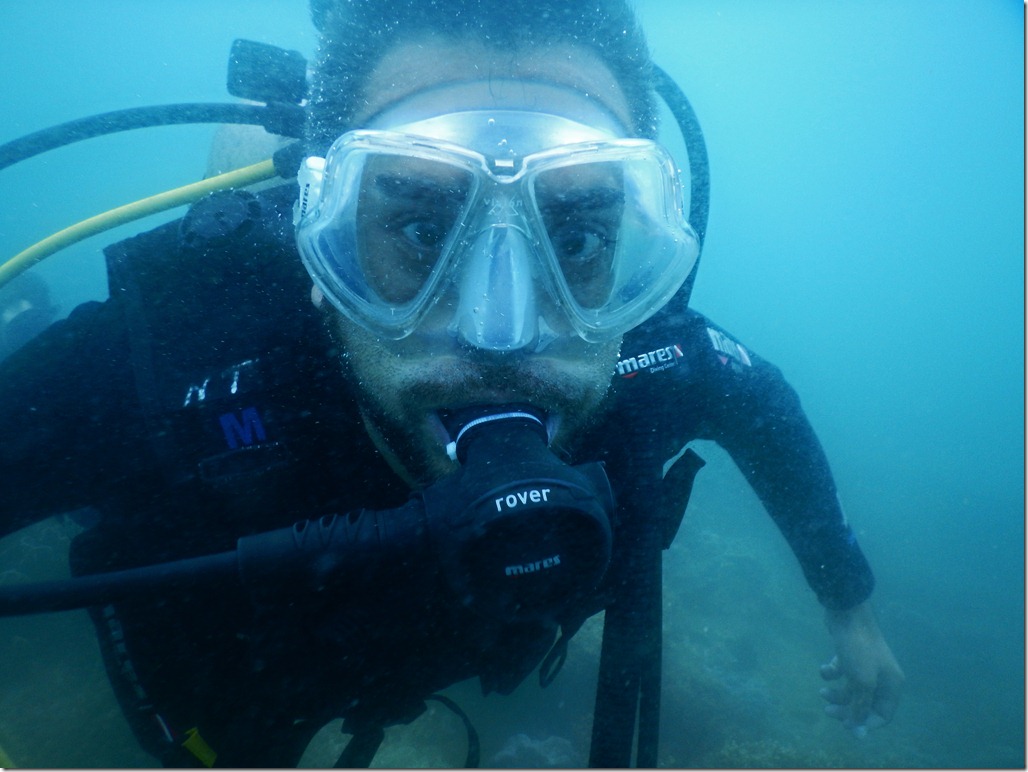 One thought on “Nha Trang”