This is a brief post as I only did a daytrip to Doi Inthanon, the highest spot in Thailand.  The funny part about the trek is that the highest point is actually rather unremarkable.  It has no view-point whatsoever as it’s in the middle of a forest.

Photos of the highest point in the country: 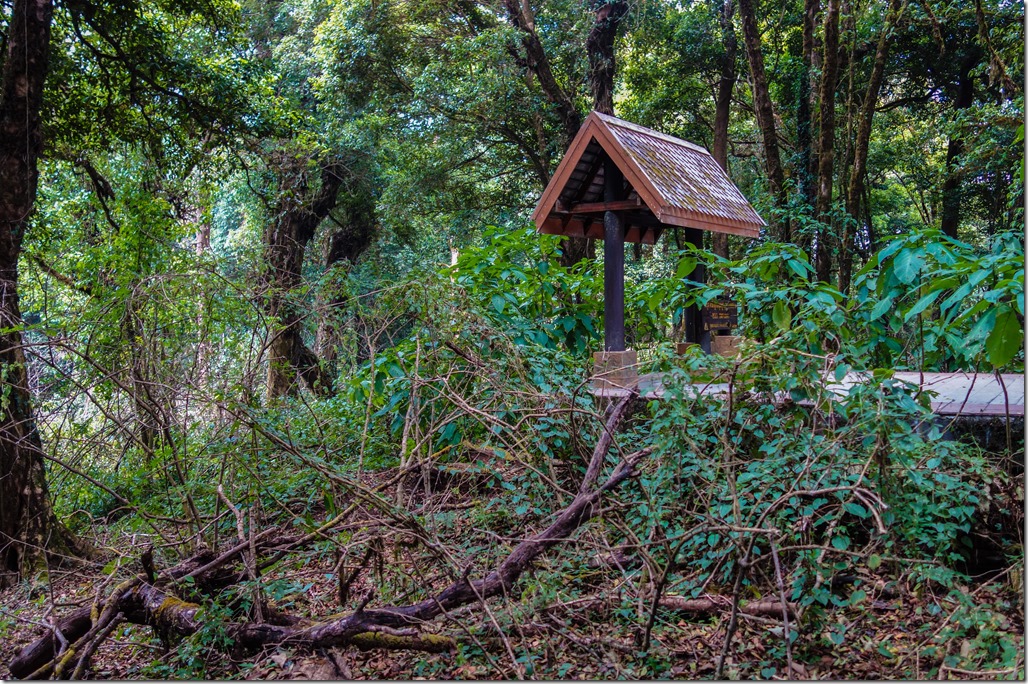 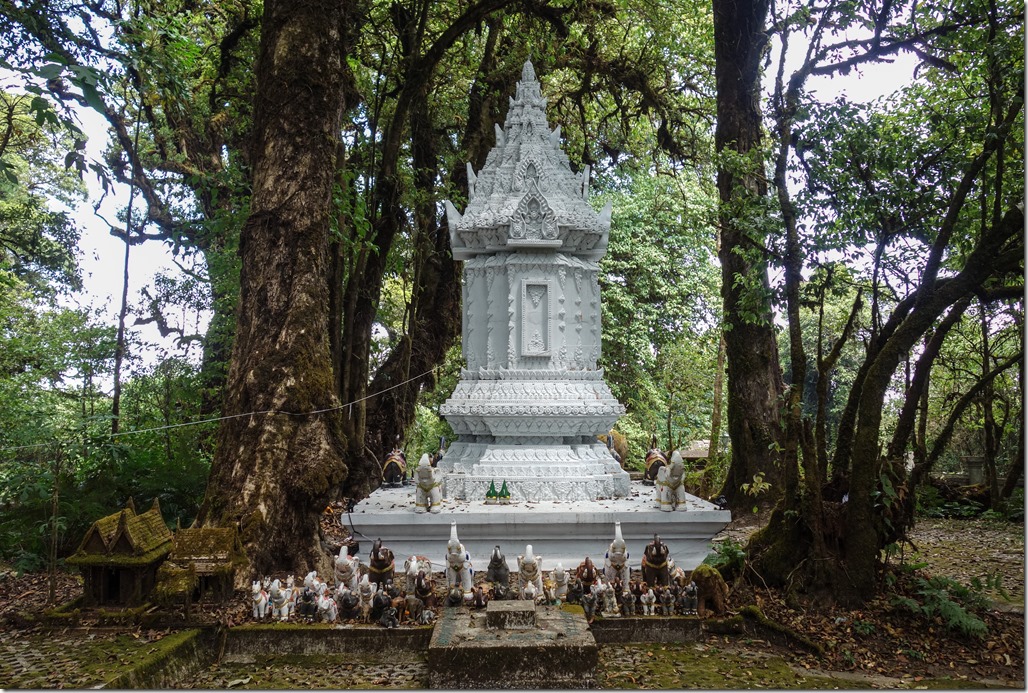 A few hundred metres below the actual high point, two monuments were built to commemorate the birthdays of the King and Queen of Thailand.  The monuments are frankly a bit cheesy, but from the right angle there is no denying that they can look really good in a Disney animated feature sort of way:

The monument to the King in the forefront, the one to the Queen in the back.  Architects couldn’t resist making the Queen’s monument just a tad lower …

My tour took me next to the nearby Siribhume waterfall.  The waterfall isn’t particularly impressive but I liked the surrounding jungle:

There is a government-run agricultural project near the falls, and a number of killer hotel bungalows around the area are really popular at certain times of the year.  It’s a bit odd because there are no restaurants or any other tourist infrastructure nearby, but there is no denying that the accommodation looks fantastic: 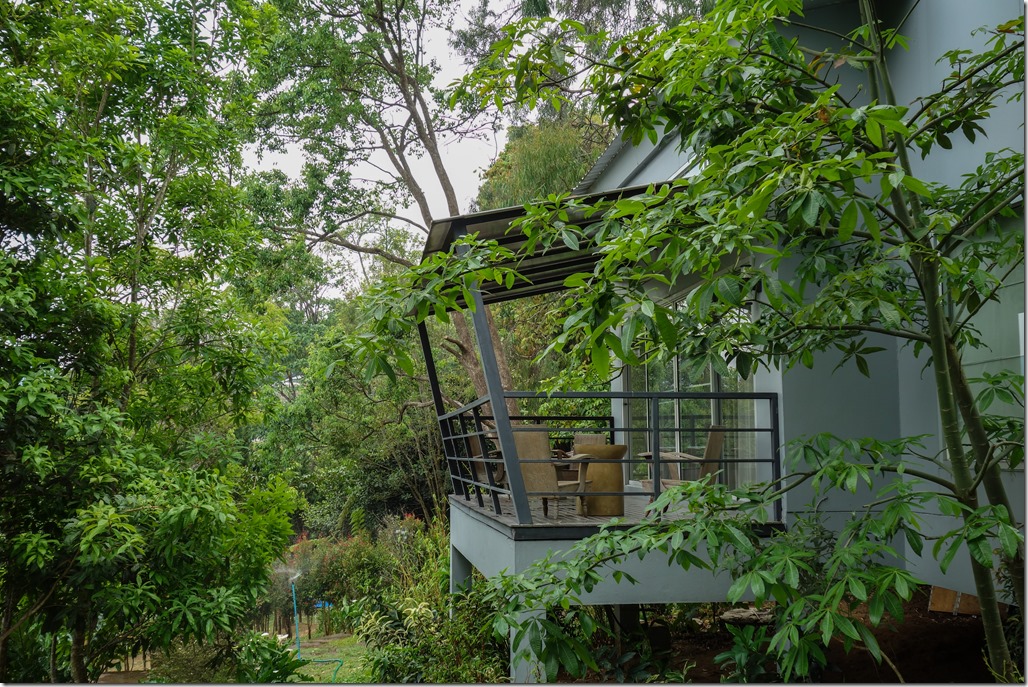 The next stop was Sobhad village, home to the Karen ethnic group from Tibet, and then Myanmar, though they have been in Thailand for decades.  The village is known for their weaving.  They make really unique tunics for women which are essentially two broad scarves woven together at an angle to leave room for a head to go through, and then sown shut at the sides to create arm holes.  It sounds like a crude design, but a few women in my tour tried them on and they looked really good.

Two shots from my time in the village:

Our last stop for the day was the Wachirathon waterfall.  This waterfall was more impressive than the first, but to get the real experience you have to take the path that takes you right down to the base–wear good shoes.  To the right of the base is a rock overhang, creating a little cavern below which is a super chill place to sit back and check out the waterfall.  I spent the better part of 20 minutes there enjoying the site and the cool watery breeze.

I took a short video of what it feels like right next to the waterfall.

I’ll leave you with a picture of me sitting under the overhang:

One thought on “Doi Inthanon”