My next stop was Tangalle which was also remarkably easy to reach by public transport from Galle. However, at this point I started realizing how uncomfortable the bus rides could be. I had to have my pack next to me and three people to my left and I was really uncomfortable for the full ride. But again the 3 hour ride was less than $3 CDN and I got a seat so I couldn’t really complain.

There isn’t much to say about Tangalle as it’s essentially just a beach town. My hotel was rather pricey ($70 CDN a night) but the room was huge and the place was a 5 min walk from the main bus station and the dinning room had a killer view. My room and the view from the dinning area: 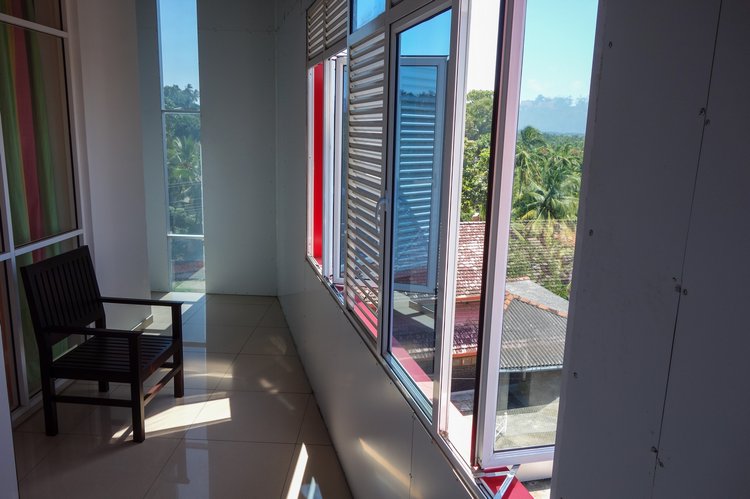 After that, it’s all about the beach which is not at all croweded but the sand is REALLY rough. Not exagerating, wearing flip flops, my feet where actually bleeding by the time I left the town. But the beach is super chill, beautifull, with huge waves, and you can get a beachside room for under $20 CDN a night albeit kinda crappy but clean.

Honestly, one of the things that blew my mind about this beach is that looking south as I was on the shot below, and swimming in a straight line, you wouldn’t hit land until reaching antartica, which is pretty amazing. 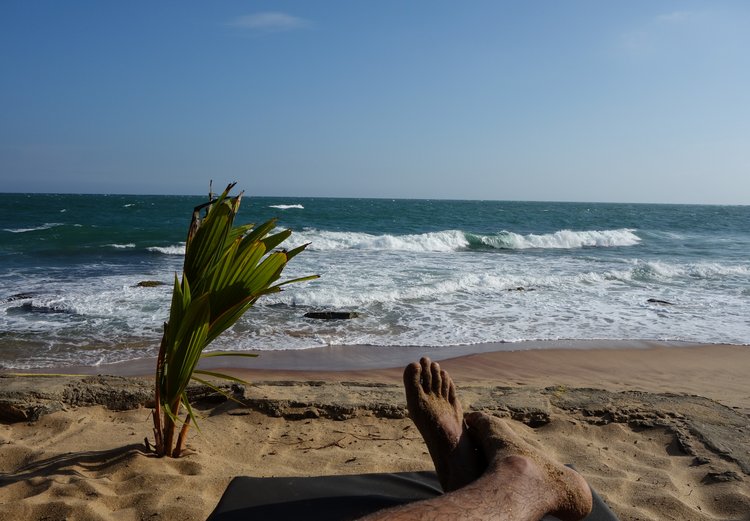 The awesome restaurant facing the beach where I spent my days: 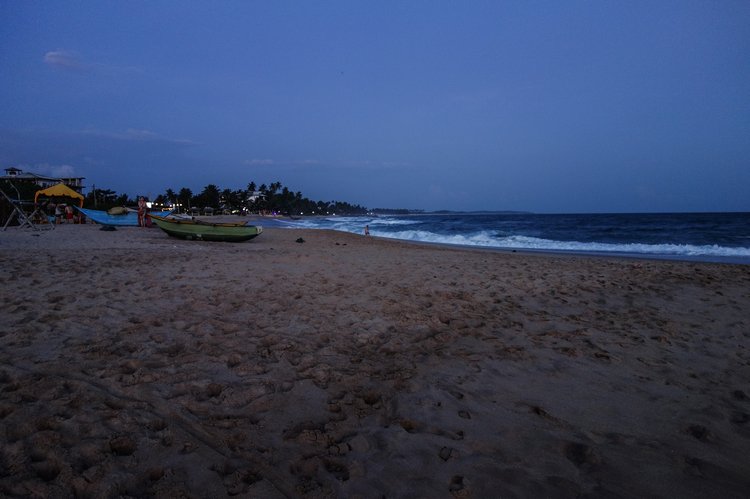 I spent New Year’s Eve on the beach in Tangalle. I started with a mellow dinnner on my own at a beachside restaurant. Alas, like all of my meals in town the food was completely unremarkable even though I was eating very fresh fish.

After that, I met up with some kids, no older than 20 who were singing and drumming on the beach by a fire. I could think of no better way to spend NYE: 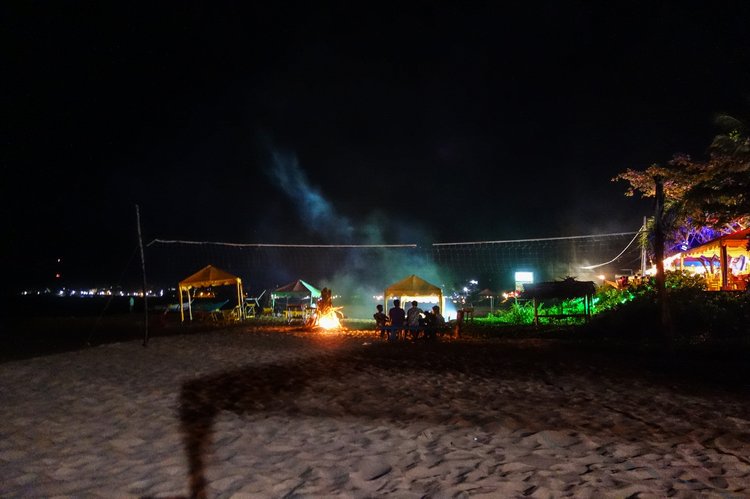 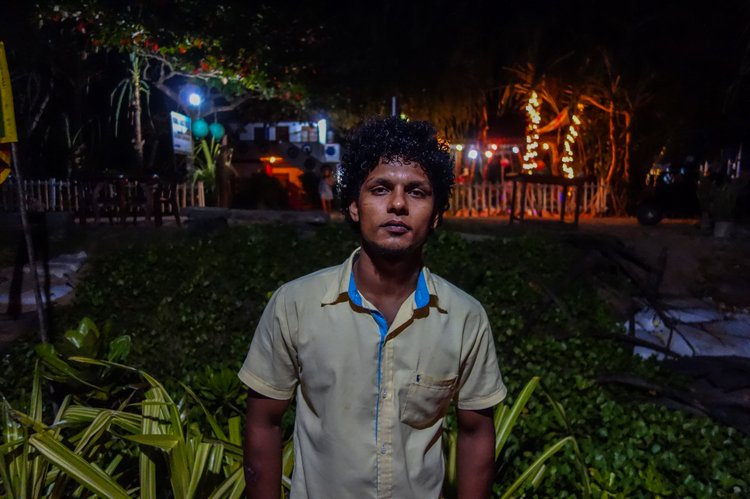 A western fellow staying with that family:

Afterwards the nice kids actually got me to go to an all night party on the beach nearby. There I met two gay couples, a pair of dudes and gals. Odd part was that one half of the male equation kept going into the ocean naked, flashing people, and the other half kept making out with the two girls. An intersting NYE to say the least.

I’ll leave you with three shots from the beach party: 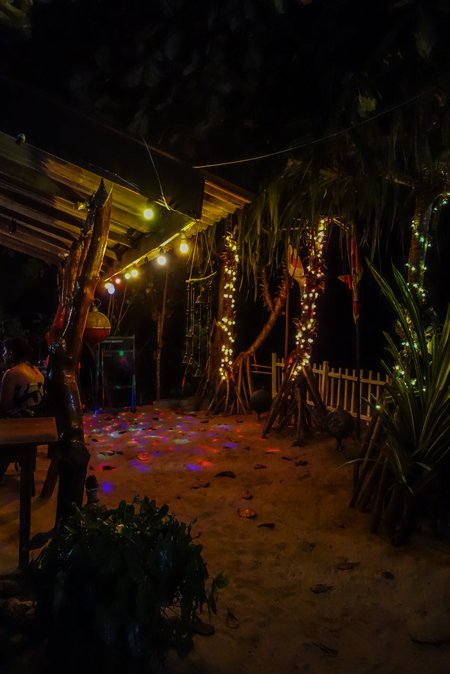