Kochi (Cochin) was one of my favourite cities in India. Due to its strategic location in terms of trading routes, explorers and traders have been flocking to the city for 600 years. There are tons of Portuguese buildings, a 400 year old synagogue, British buildings, and the amazing Chinese fishing nets.

A photo of the Ernakulam neighbourhood by our hotel:

The city is essentially made up of a series of long penisuslas, so the most efficient way to get around is through their ferries. From Ernakulam we needed to hop two penninsulas over to reach the oldest part of Kochi, Mattancherry, via ferry. Some shots from the ferry ride:

We landed in the Jewish part of the city, known as Jew Town. The little shopping centre pictured below, Jew Cafe, had the best coffee in the city and really nice handcrafts, albeit at pretty high prices. The old synagogue is a few minutes away. We visited it and it was very nice, but photos were not permitted. 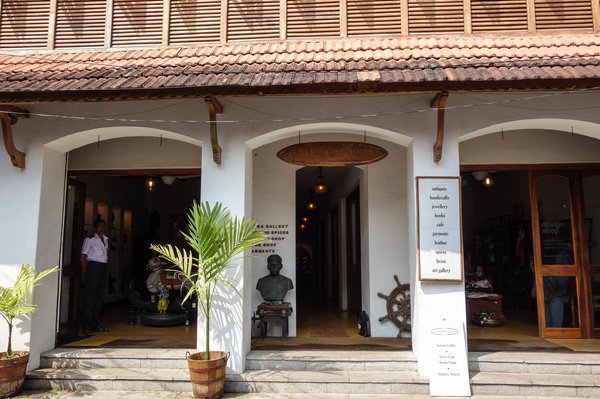 A shot of Jew Town: 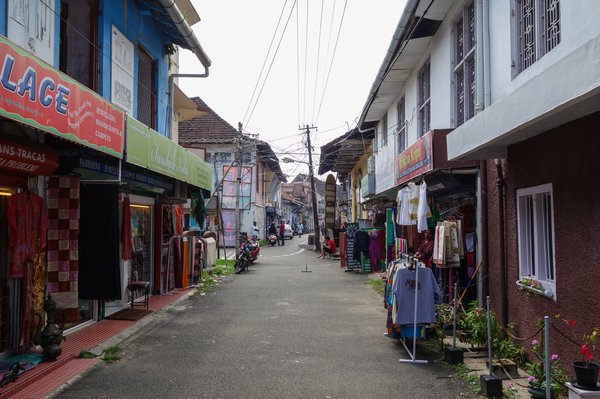 We then made our way north to reach the Chinese fishing nets and older churches. Some shots of the streets from the walk over: 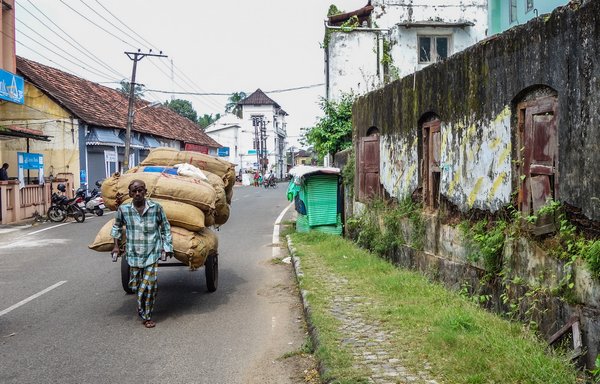 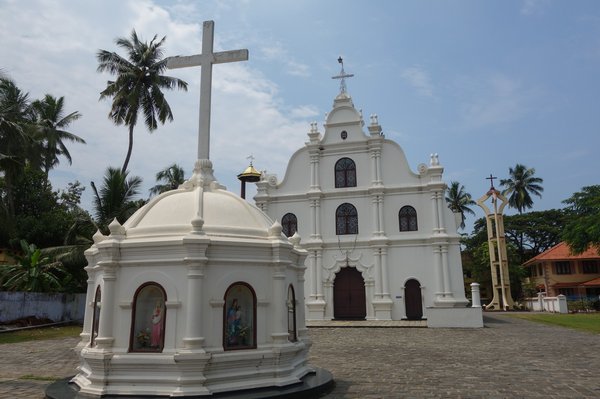 My favourite part of the city, the Chinese fishing nets. The concept is quite simple though labour intensive. The bit at the top of the nets pivots, allowing the huge net to be lowered into the water. The fishermen wait a few minutes and then pull on ropes to lift the net out of the water once again, trapping some fish in the process. It takes 4-6 people to operate the nets (including myself in one of the photos), for a pretty meager catch. I am told that they repeat the process hundreds of times a day. I suspect that the fishermen make more money these days from tourist tips: 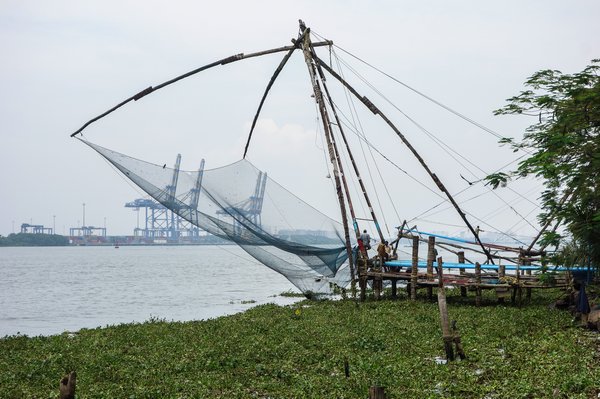 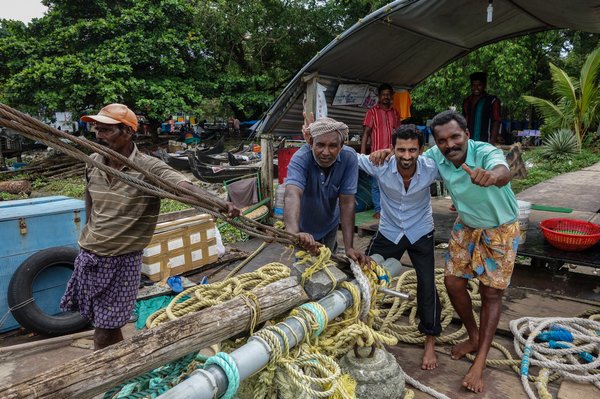 You can see a short video of a Chinese net in action by clicking on the link below:

For lunch we went to a little restaurant called tea pot. It only has around 6 tables and they are super slow, but I suspect that’s because they prepare every single dish from scratch when ordered. I had an amazing fish curry here. Two pictures in the cafe: 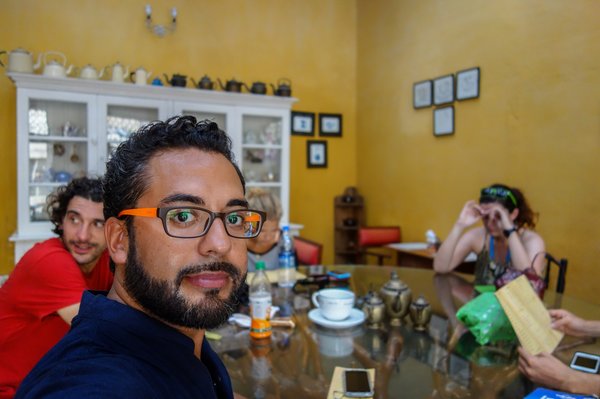 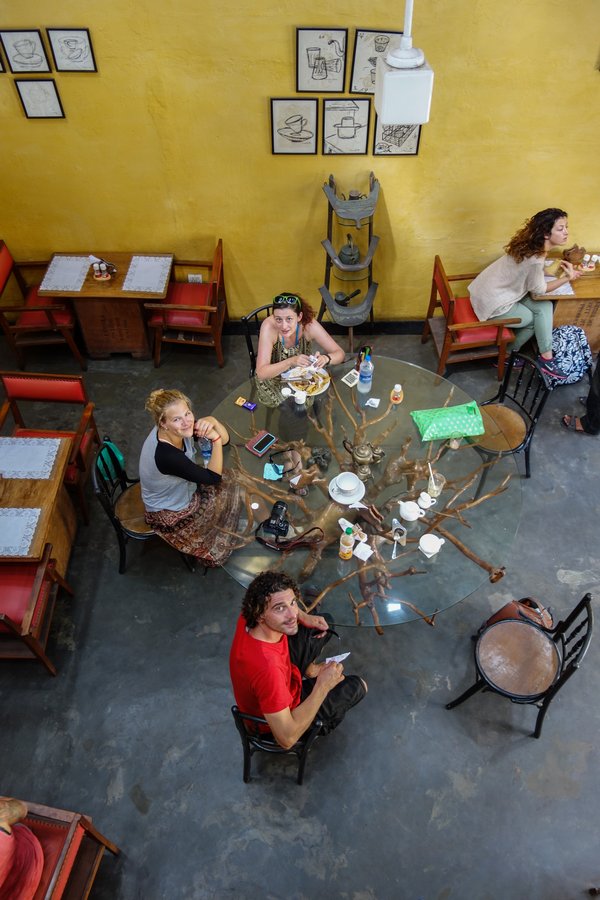 After lunch Yves, Laura and Josh decided to return to the hotel, and Flo and I continued on to check out some of the nearby churches. Below is a shot of St. Francis Church, which was originally built in 1503 though the current structure was built in the mid-16th century. The explorer Vasco da Gama was buried here for 14 years before his remains were returned to Lisbon:

The nearby Dutch Cemetery. The gates are generally locked, I took my pictures blind over the gate: 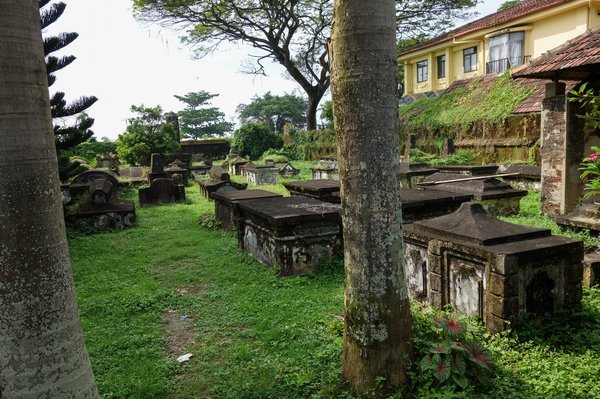 Santa Cruz Basilica is shown below. The basilica that is currently standing was built in 1902 but the original that stood on this ground was built in 1506. 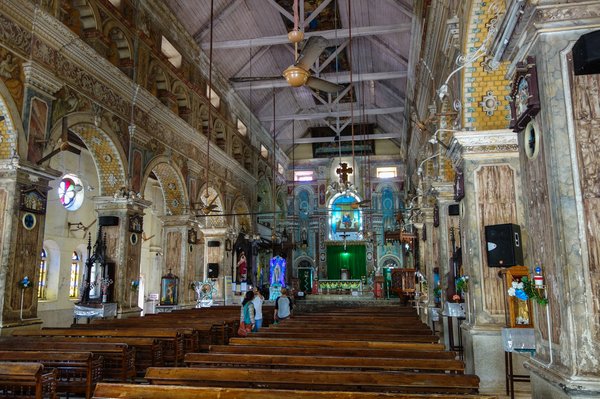 That night we caught a traditional dance/theatre demonstration. There is a lot of grunting and exagerated facial expressions involved–it apparently takes decades to master the art form. I’m generally a fan of dance performances but this was definitely not my cup of tea:

Flo and I walked the 2 km or so back to the hotel, stopping for dinner and drinks along the way. I’ll leave you with two pictures from our evening out and walk home: 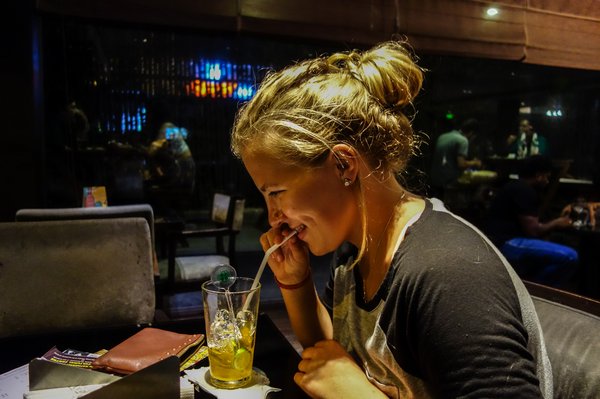 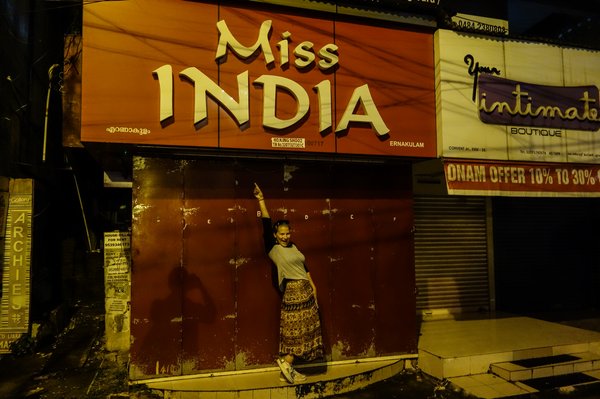