Around the middle of our tour of old Delhi, the guide took us to a traditional Indian pancake shop for a light lunch. I wasn’t all that hungry and I was drenched in sweat so the last thing I wanted to do was enter a crowded restaurant. As such I opted to go explore on my own for a little bit and I ran into a little treasure of a small street just a few minutes away from the group.

This is the entry way that you could very easily overlook: 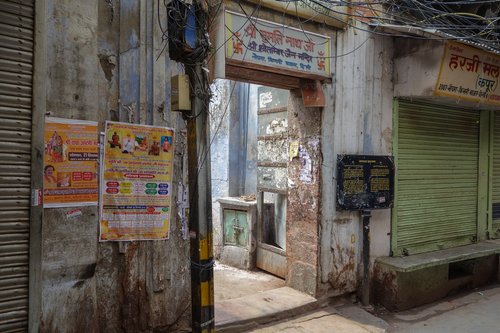 But when you step inside, you immediately run into elaborate little doorways and a Jain temple at the very end of the street: 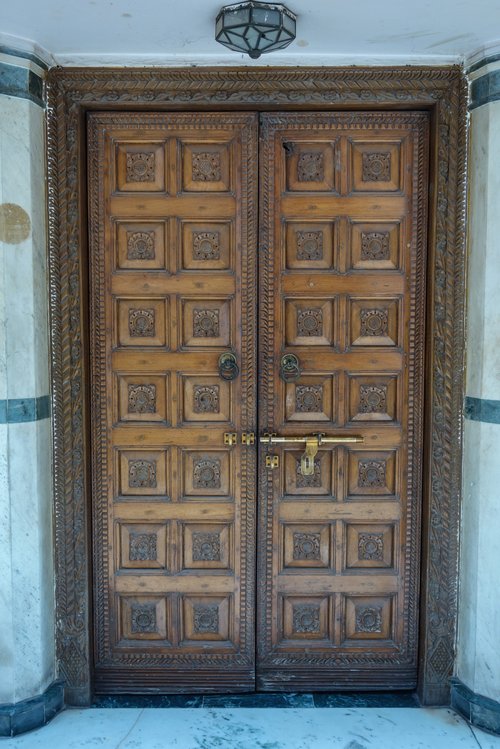 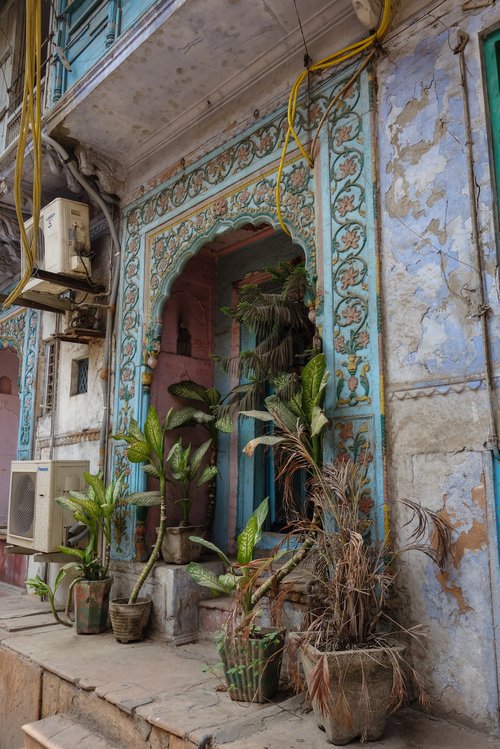 The Jain temple was unfortunately really hard to capture in photos due to the narrowness of the street. Here are my best efforts: 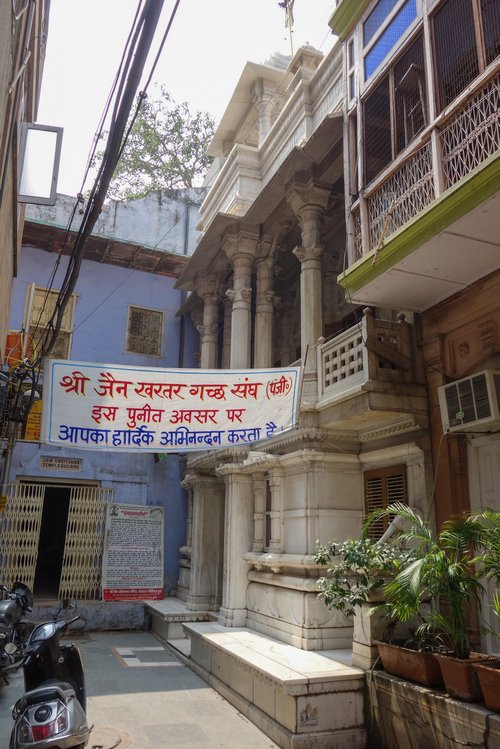 After I rejoined the group, our guide walked us right by the cool little street without stopping so I wasn’t too impressed by his guiding skills.

He took us next to a Sikh temple, the Gurudwara Bangla Sahib, during active worship. The first structures on the site were built in 1783 by General, Sardar Bhagel Singh.

You need to take off your shoes and wash your feet in a little footbath area so the experience can be a little gross for those of us who don’t like walking around in wet feet. That being said considering we were in the middle of Delhi, they kept the area surrounding the temple very clean. What did gross me out a bit is that I saw multiple worshipers take a little sip of water from the foot water as they were washing their feet.

Here is the inside of the temple. Note the signs translating the songs into a number of languages including English. Inside there were these older fellows with long flowing beards carrying huge spears and swords. I really wanted to take a picture but as you can imagine, they were somewhat intimidating.

The musicians playing what seemed like a never-ending song:

The music was so brilliant that I recorded a little bit of it:

Both men and women are required to cover their heads while entering the temple and the surrounding area. Here is a picture of me sporting the head covering:

There is a building right next to the temple where people attend to be fed. It is free and people of all faiths and income levels are welcome. Sikhs really do take this to heart, when I went inside I saw very poor people eating next to people who appeared to be relatively wealthy. Here’s the inside of the dinning hall: 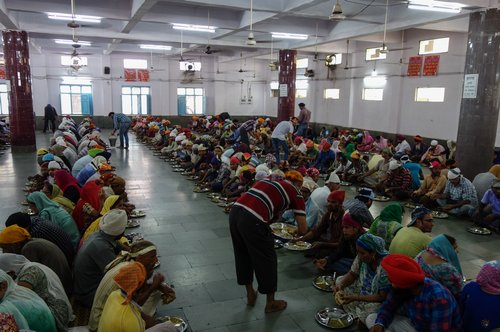 Some shots of the kitchen facilities: 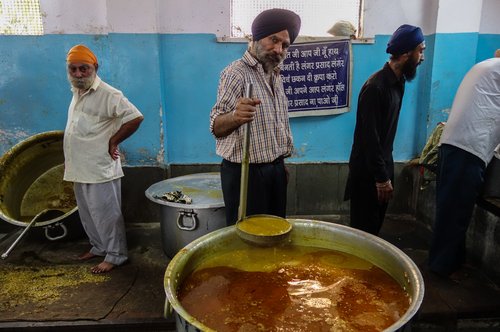 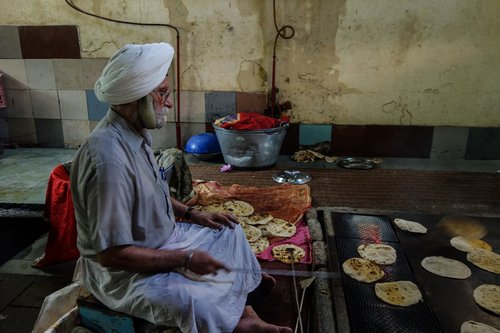 Continue on to Part Three.