I am officially in India!

We crossed over into India on foot in what I can only describe as a ridiculous honour-system crossing.

You’re supposed to check-out of Nepal, where they essentially just check that you’re the same person leaving and that you didn’t overstay your visa, given that they essentially charge your for being in Nepal in 15 day units. However, no one is at the border actually making sure that everyone checks into the immigration office. A ton of motorcycles just roll through the border without stopping, though they do check all the trucks very carefully. Incidentally, I’ve now learned that trucks have a passport of sorts that gets checked by immigration officials.

The entry into India was similarly based on the honour system. You could easily just walk past the immigration office and no one is there to stop you as it is set back quite a bit from the actual crossing. However, a word of caution. If you’re ever coming to India, shell out the extra cash and get a multi-entry visa. One woman on our trip took a flight to Kathmandu that had a stop-over in Delhi. Her baggage was not checked through to Nepal so she had to get her luggage and re-check it before continuing on her way. The Indian authorities considered that transit stop an entry, and since she only had a single-entry visa, they actually turned her back at the border. So her only option to continue on the trip was to bus it back to Kathmandu, and fly down to Delhi where you can get a 30 day visa upon landing. She would then have to meet us wherever we were at that point. In the end she decided that it wasn’t worth the hassle and just went home–a real pity because she is terrifically nice. So nice, that when she decided to just go home, she passed on her apologies for holding us up at the border, which would be the least of anyone’s concerns in her situation.

It sounds like bureaucratic nonsense not to let her through based on that misunderstanding, but I am actually sympathetic to the position of the border guards. Had they simply stamped her visa again, then she would have massive problems down the road when another immigration official looked at her passport and saw that her single entry visa had been stamped twice. I also can’t see the border guard being comfortable not stamping her passport and just letting her through. The real problem is the b.s. immigration system in Delhi that stamps people’s passports when they are merely picking up their luggage to push it through. Sounds to me like a cash grab to force people to get the pricier multi-entry visa.

In terms of the crossing, the border town is a chaotic mess of a place called Sonauli. A nice merchant on the street went out of his way to apologize for the state of the city when I told him it was my first time in India, it’s that bad. Here’s what the border crossing looks like, the white overhead sign is where the Indian border ends: 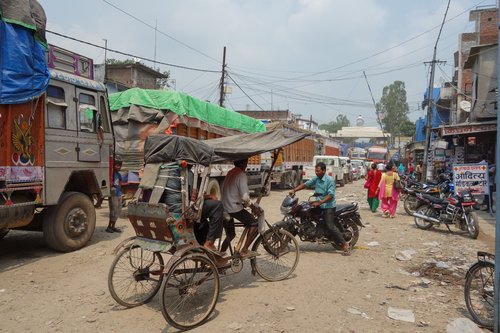 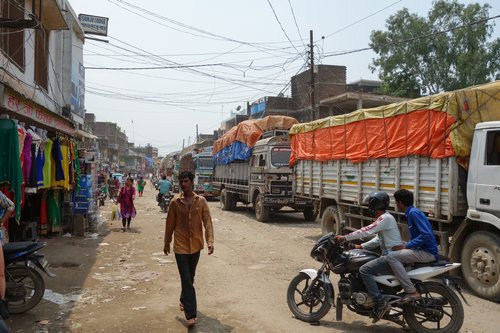 I did find a really nice barber with a cute little shop along the way. Even though the shack is rather old and run down, you can tell that this fellow makes the effort: 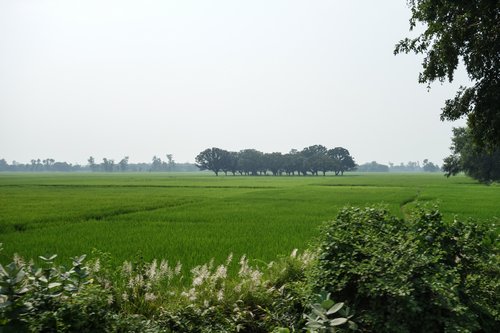 And then there is Gorakhpur: 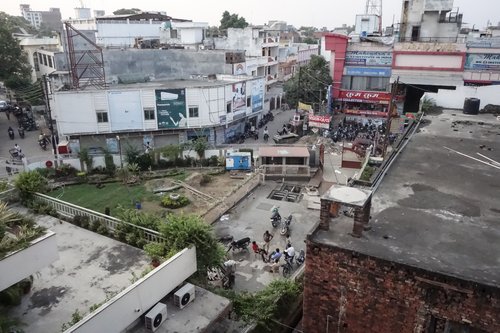 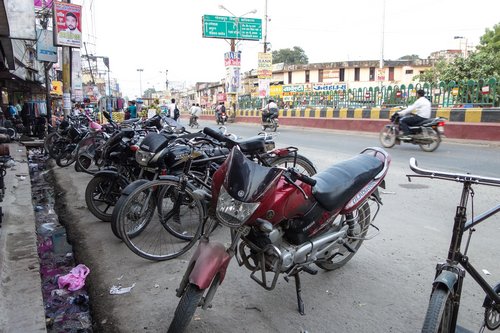 Lonely Planet sums the town up nicely when they effectively describe it in two sentences as having nothing to see but being a convenient transit town. Our room was also very basic and smelled strongly of moth balls so I ventured out to explore the city and have some dinner once I settled my stuff in the room. For dinner there really wasn’t much to chose from seeing as Lonely Planet literally had a single entry in the food section, and the other places I walked by looked hygienically risky. All in all the Chaudhary Sweet House was actually very decent. As part of their deluxe thali (set meal) I got a soup, two types of bean curries, a tofu curry, some vegetables, stuffed and plain naan, rice, and dessert for a whopping $5 CDN. That was the most expensive option on the menu.

This is the tasty soup. It was very similar to a sweet and sour soup, but much spicier: 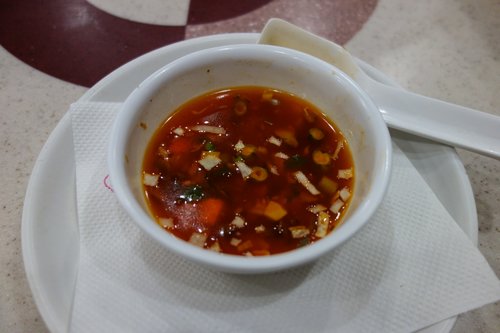 The rest of the thali: 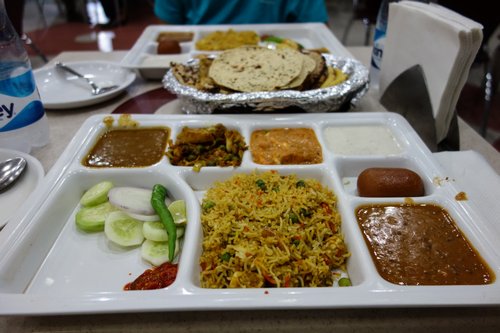 While at the restaurant, my dinning companion was sitting at a perfectly normal distance from the table when a man came up to her and rudely told her to move her seat forward. Here’s the thing, he was alone and the seat on the other side was totally clear. He then proceeded to sit back a good meter from his table, essentially lounging back as if he were on a recliner. Very bizarre.

An interesting thing about the city is that they do not use numbers in their addresses. Meaning that if you are looking for a particular place, you are only told the name of the street where it is located. You then have to guess which way to go when you arrive at the street. This isn’t just an informal practice, even the letterhead of places has no street number, just the street name. I have no idea how they deliver mail in this city.

On the way back I stopped at a shop that my dining companion pointed out, to get beers for my roommate and myself. It was funny, the only way to buy alcohol at this joint was through a heavy steel security mesh. However, when I asked my friend how she saw the selection of beers she said that you can see them in the fridge. At which point the store employees just opened up the cage and totally let me inside to look at the beer fridge, thus kind of defeating the purpose of the cage.

A final picture of the fine city at night: 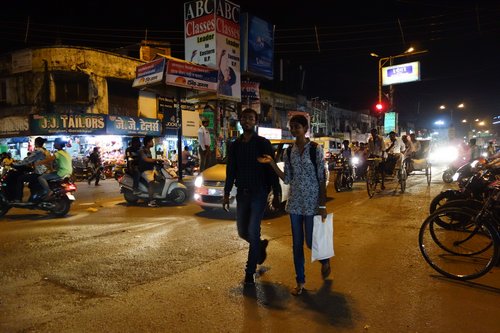 One thought on “Crossing Over into India – Sonauli & Gorakhpur”